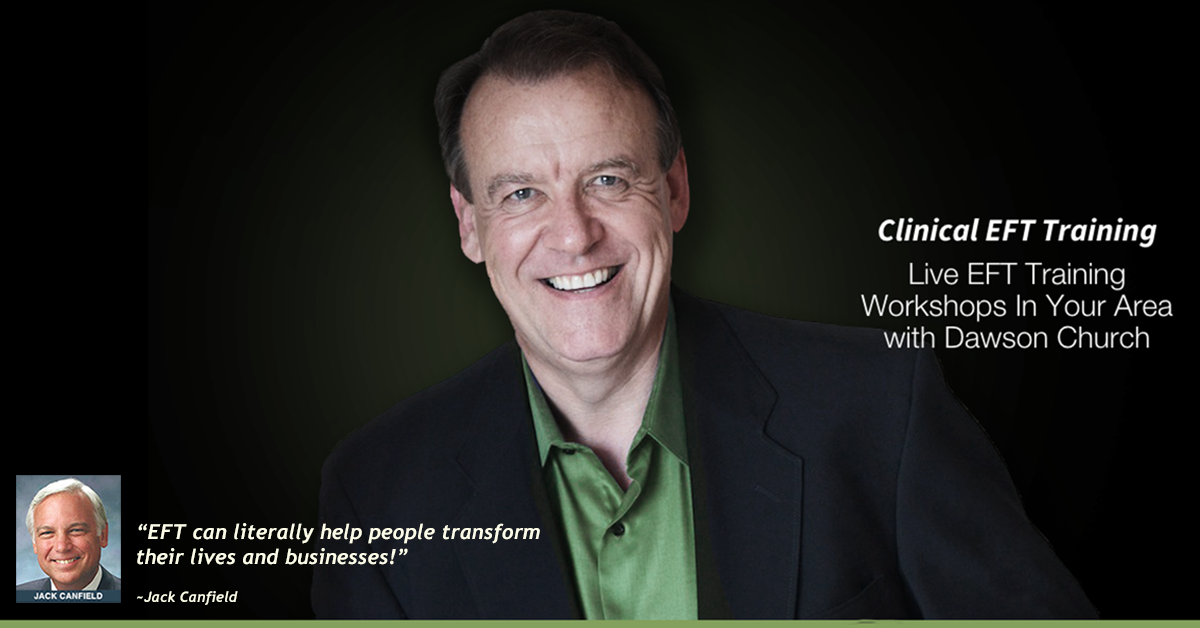 Here, EFT Expert Dawson Church, PhD, demonstrates how an seemingly unrelated childhood event that came up while EFT tapping, ended up being the reason behind this EFT Workshop participant’s mental blocks to making money, and was dissolved with EFT and reframing her specific past event.

A client at an EFT money workshop said she had a block to making more money than was required in order for her to “just get by.”

I asked where she felt a sensation in her body when she said that, and she answered that it was in the heart area. I asked how strong the sensation was on a SUD Level of Intensity 0 to 10 scale, with 10 being the maximum, and she said it was a 7-8.

I then asked her to travel back in time, using the feeling in her chest as a pathway, to the first time in her life she could remember feeling a similar sensation. After a few moments, an expression registered on her face that led me to ask, “What are you thinking about now?”

“This doesn’t make sense,” she said, “but I’m thinking about how my mom didn’t care about my feelings.” That, of course, is a generality, or a “Table Top,” and so I became curious about which table legs had given rise to that belief.

I asked, “Which specific events do you remember that gave you the belief that your mom didn’t care about your feelings?”

I suggested that we tap on that feeling (we’d been tapping since she sat in the chair). I asked her to think about the boots.

“Even though my mom made me wear boots when it was raining, I deeply and completely accept myself.”

We repeated this a number of times till she sighed deeply, which usually indicates some kind of physiological or psychological shift. I asked how strong the feeling in her chest was, and she said it was a 5 out of 10.

We worked for a while on that and other specific events, including some events that encouraged the belief that she “wasn’t smart enough” (other table legs). Her SUD number came down further. She began laughing, and I asked why. “I left the boots at a friend’s house,” she said. “Did you want to lose them?” I asked.

“Yes, I told her I’d left them at school. So we drove back to school to find them. And of course they weren’t there, and Mom thought they’d been lost.”

“So you found a way to escape from the boots,” I said.

“I found a way to escape from the boots and Mom never knew.”

“I was smart enough to leave the boots at a friend’s house!”

This was an important cognition, because it tied “boots” to “smart enough” which was a core belief that gave rise to the conviction that she was incapable of making more money than required to “just get by.” The connection between a childhood event and the adult belief that had seemed so puzzling at the start of the session at last became clear.

The feeling in her chest went down to a 1.

I asked how strong her belief was in the idea that she has a block to making more money than ‘just getting by.’ It was a zero. It was also an important demonstration of the reality that sometimes trivial-seeming childhood events can combine to create core beliefs that affect our adult self-concept, and that EFT, by collapsing the emotional intensity of those early memories, can help us shift long-held perceptions.

To learn more of how EFT can help with subconscious mental blocks to making money strategies at a deeper level and heal your attitudes around money, attend Dawson Church’s specialty workshop: Tapping Money Miracles – How To Combine EFT with the Law of Attraction to Make Abundance Inevitable! Registration is now open.