When Resentment Is Blocking Abundance, Use EFT 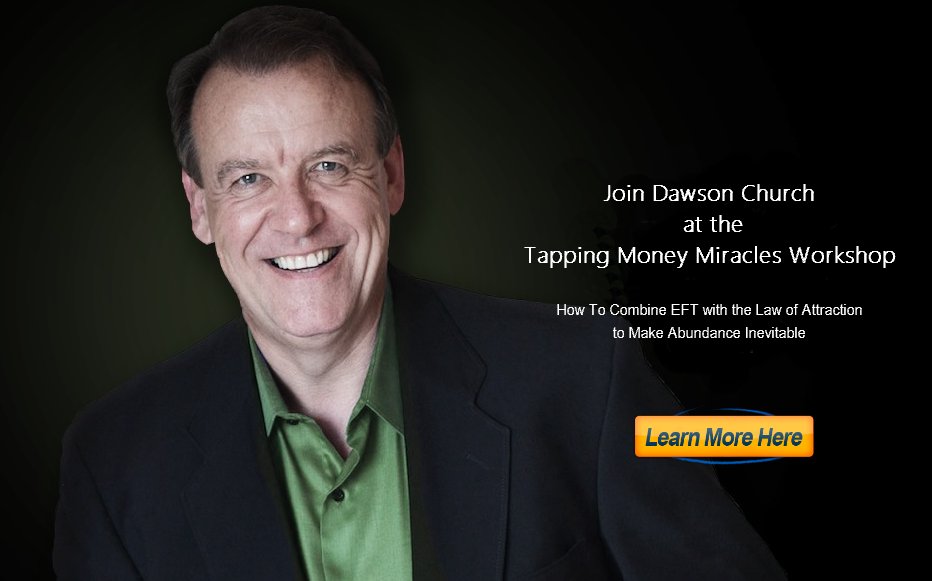 When people work on their abundance issues, they tend to focus solely on money, forgetting that it’s the negative feelings that can block prosperity. In the following case, a feeling of resentment and stuck energy was both blocking money and triggering procrastination.

Many thanks to “Denise” who participated in my last two teleclasses on Attracting Abundance with EFT.

During the first call, Denise tapped along with all the participants, borrowing benefits, as 12 participants were selected for a turn.

During the second monthly call, Denise was selected to have a short individual turn that the whole group would be able to use for their own benefit. As you will see, freeing up energy with EFT clears the path to attracting abundance.

Below is the brief transcript from Denise’s “turn” on the call. (Please note, I had just finished with a woman who tapped on guilt and sadness about being more successful than her sister.)

CAROL: Hi, Denise. As you can see, guilt, sadness, self-acceptance, all of that, and fear too, all of it is blocking our abundance. It doesn’t matter what the feeling is, we tend to get in our own way!

So what’s going on for you…?

DENISE: Well, I was on the last call, and afterward I had a bit of a windfall! But I immediately focused my attention on the new things that I wasn’t getting, I realized, well, I’m not grateful at all. It was more of an attitude of darn right I should have gotten that!! and where’s the next thing that’s not being given to me…I don’t feel like I can move naturally into that grateful state. What I want is being withheld, I have to do tricks and turns to get it, and then when I get it, it’s like “Yeah, I should have gotten that!”

CAROL: So almost a resentment, like “It’s about bloody time…”

CAROL: How high is the resentment (on the scale of 0-10) and the conviction you have that things are being withheld from you?

CAROL: And is resentment the right word?

DENISE: Yes, it had been anger, but I realize now it’s resentment.

Even though I feel so resentful, it’s not fair, and stop doing this to me, I deeply and completely love and accept myself.

Even though they’re withholding what I want AGAIN, and I resent it, I’ve decided to accept my feelings.

Even though it’s not fair, I feel all this lack in my life, I’ve decided to feel free of the resentment.

(Then starting on the eyebrow point, Denise and the entire class started tapping the sequence of points, ending on the top of the head.)

But it’s not fair

I feel so resentful

I’m not getting what I want, and it’s their fault!

CAROL: Take a breath…no right or wrong answer…what came up?

DENISE: Not so resentful…around a 7…I definitely feel a loosening.

CAROL: Any other feelings come up as key for you?

DENISE: It was validating to look at it, admit it, and not be so judgmental against myself, because I feel like a bad person…because I can’t feel grateful…because I feel resentful.

Even though I feel resentful because I’m fighting against them again, I’ve decided to accept who I am.

Even though what I want is being withheld by the universe, and I feel really resentful, I’ve decided to accept everything about me.

Even though I feel resentful, and it’s me against the world, I choose to feel calm and peaceful.

I’m so sick of it

I’m so tired of this

I’m so sick of it

I resent it, and that’s okay!

DENISE: I’m calm, and about a 2 on the feeling of resentment, and have this feeling of sweetness toward myself…thanks, Carol.

Denise continued to tap along with everyone else for the remainder of the teleclass.

Later in the week I received this follow up and summary from Denise:

I initially signed up for the abundance teleclasses with Carol to loosen up the stuck flow of money, which usually comes rather freely but that had been stagnant since I’d moved to Maryland. I was pleasantly surprised with the fast results. After just the first class, I had quite a windfall: a check I’d been expecting for weeks came that week (and it had $200 more in it than expected). Also my home equity loan came through, at a better interest rate and with 1/4 the expected settlement costs removed. The funny thing was, I noticed immediately that I was not the least bit grateful for either of them–I actually felt vindicated, which took me by surprise, especially in light of the amount of prayer I’d put into having these things come through.

So I took my resentment issue into the next teleclass. It was hard to admit, after all, resentment feels like an ugly part of me. But the relative anonymity of the teleclass made me able to own up to it. The day after that class, I woke up and breezed through my license application, which I’d been putting off for months. When I finished it, I went back over it several times looking for something I’d missed–I was sure it could not have been THAT easy to finish or I wouldn’t have been avoiding it for so long. That’s when it hit me: My procrastination is linked to resentment…if I have to jump through their hoops, if I have to do what they want, etc., then I’m just not going to do it at all.

I never would have guessed.

Anyway, I’ve spent the past week spontaneously clearing out dozens of old projects and moving smoothly through new ones with ease…and you can bet I’m still tapping on the resentment piece!