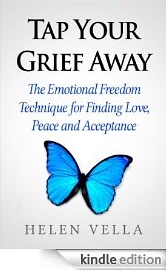 I was recently approached by a friend (in his late 50s) to see if EFT could help his severe tinnitus (typically 6 to 8 in intensity, 24 hours a day), which he’d had continuously in both ears for 12 years.

His doctors had told him many times that tinnitus is, to all intents and purposes, “incurable.” In my friend’s case, it is so bad that for much of the time he has to drown it out by playing a radio all night in order to have any hope of sleeping.

I contacted UK EFT practitioners who have stated some success with tinnitus and EFT tapping to get ideas on how to approach this case.

The key seems to be to listen, listen, listen, and, in parallel, to use every ounce of your intuition as a therapist to help your client seek out potential underlying or related issues. The possibility that it may not be a noise but rather “a memory of a noise” seemed particularly relevant to my friend.

In the first EFT tapping session (of two so far), we spent most of the time exploring the history of the tinnitus (especially the events surrounding its onset) and a connection, if any, to past and current emotional events, particularly if traumatic in noise terms.

He described the sound as a “whistle,” so we used this word in much of the tapping.

He couldn’t recall any particularly traumatic “noise” events in his life, nor did the whistle remind him of anything in particular, but he did come to realize that it’s onset coincided with the death of his mother to whom he had been very close.

“Even though I have this tinnitus, I deeply and completely accept myself.”

“Even though I like to hear this whistle within me, I deeply and completely accept myself.”

“Even though EFT cannot free me of tinnitus, I know it will help.”

“Even though the whistle used to frustrate and upset me, I choose to be free of those sounds now.”

“Even though I have this tinnitus, I choose not to feel the effects of it.”

Although the tinnitus remained at an 8 in both ears throughout the session, he described a potent feeling of something “draining,” apparently from his chest area, accompanied by feeling generally stronger (albeit at the same time “weary”).

The following afternoon, he told me that the tinnitus had completely gone from his left ear (for the first time in years) and was appreciably less in the other (down to a 5).

An intensity of 5 in that ear was about the best he had experienced in many years, and yet he was still tempted to wonder whether it was “coincidence” that the intensity had chosen to go down specifically now.

In our second session 4 days later, we focused on the events surrounding his mother’s death, exploring and tapping on feelings of guilt which he hadn’t previously appreciated.

As soon as we started to work on these, the intensity started to drop, and by the end of the session it was down to a 2 in his right ear, and remained a 0 in his left. Key new thoughts like “It wasn’t my fault!” came up during the tapping.

One of the most exciting moments was when he started to hear sounds in the room like the clock ticking, and subtle sounds from the wood-burning stove, sounds which he hadn’t been able to hear for years.

We were both absolutely thrilled.

We went on to have six sessions in all and when I last saw him I’m happy to report that he was “more or less completely free” of the tinnitus. Our work in the last four sessions did focus partly on leftovers from his work with noisy machinery (as suggested above), but more important, it turned out that his ongoing emotional issues appeared to be the key maintaining factors.

We simply tapped on each of these in turn, and he gradually became stronger in himself and the tinnitus seemed to fade in parallel.