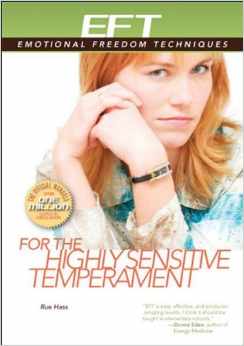 I recently worked with a client, “Sarah” who was in a lot of emotional pain. She was close to tears, extremely distressed about a recent gun shooting that had just left several people dead. After the event happened, she was virtually glued to her TV set obsessively following news updates for hours at a time.

Then, her two dogs, who had been fighting a bit, suddenly escalated in a shocking manner. Where before they had been barking and misbehaving, on this particular day they viciously attacked each other, and as Sarah described, “there was blood on the furniture, blood on the floor.”

The wounds were so bad that she had to take one dog to the Emergency room at 9:00 p.m. on a weekend night.

The gun shooting event had particularly touched her, because it happened literally 10 minutes from where her family lives, and in front of a place where her mother had just recently been.

Sarah spoke of a variety of emotions swirling inside of her: fear, guilt, anger and a sense of grieving.

Because she was feeling quite emotionally distressed, I asked her where she was feeling this grieving, and she replied, “in my heart, in my upper chest.” I had her tap on her heart (an added tapping point I often use.) I then asked her what her heart was most needing right now, and she said “a golden cocoon.” I asked if the cocoon would weave on its own, or if it needed someone like angels or someone else to help weave it.

She called upon an angel. The moment we started weaving the cocoon, her dogs started barking loudly and I asked if she’d like to offer the dogs a golden cocoon around them and their hearts as well. She happily agreed. (The dogs immediately stopped barking.) We allowed the cocoon to weave gently and softly, acknowledging that we would be addressing all her feelings, but first allowing her to get a few moments of rest and peace.

I then asked Sarah, “If your heart could talk, without worrying about what anyone else thought, what might it say?” I gave a few examples: “This isn’t fair!” “I hate this!” or something else. “What would it say…” And she replied poignantly: “Why haven’t things gotten better?”

I asked her if there was a younger part of herself, that felt that way.

As she tapped, we addressed her fear, guilt, anger, outrage, and also the phrase: “Why haven’t things gotten better?”

Her strongest feeling was the outrage. I asked her where in her body she felt this outrage, and she described a round black spiky sensation in her stomach. She was feeling particularly outraged at the politicians and radio commentators who encourage hatred. We tapped on this and then she noted that she felt “sick to her stomach.”

“What if you were to vomit this feeling onto the politicians and the commentators?” She laughed and said, “Yeah!” She tapped around as she made vomiting sounds, “Blech!” “Blech!” and such phrases as “I don’t want your hatred in my stomach any more” “I’m giving this back to you, it doesn’t belong to me.” The pain in her stomach was greatly reduced.

I asked her if she needed anything else for her stomach to feel completely at ease.

Sarah decided she wanted to coat her stomach with some enzymes, which would protect her stomach from hatred, and transmute the hatred to something harmless. I then asked if this younger part would like anything else, some company, someone to hold her, she could have anything! “I’d like my mom to hold me.” And so we had her imagine that in detail.

I teach my clients to recognize and work with all the different parts inside of them.

Sarah recognized that there was another part that was concerned, and so we moved on to address that part’s concerns. “What I’m aware of, is that there is a part of me that feels I need to take some action, and it fears that anger is the only motivator. It’s afraid that without the anger, I’ll be passive and won’t take any action.”

I noted that anger is a strong, but relatively low grade “fuel.”

Since we had cleared her compulsive eating issues in previous sessions, I made an analogy. “Anger is similar to eating junk food. It feels like the junk food will powerfully satisfy, but over time you realize that healthy food is a better fuel, even if it may take a little more preparation and effort.”

I explained that I could very much understand how this part was concerned, and the outrage that it felt. “Imagine what Dr. Martin Luther King must have felt, when attack dogs and fire hoses were set on his peaceful demonstrators.” I asked her if she’d like to consult with her Higher Self for guidance on this issue, and she agreed.

I then led her on a brief visualization to a Sanctuary, where she could consult with her Higher Self about the issue of how to make change in the World, if you are not fueled by anger.

What came to her was an actual Council of Guides, including people who had been killed, while acting in service. “They’re all in a different place now…” Sarah shared somewhat dreamily.

Her Subconscious Council then gave her guidance including:

BE MINDFUL OF THE WORDS YOU USE

ALWAYS KEEP IN MIND A QUEST FOR PEACE

AS YOU CHOOSE YOUR WORDS & THOUGHTS

BE ON A “DIET” FROM ALL THE NEWS YOU ARE VIEWING, WHICH SIMPLY FUELS THE FIRE

CONTINUE DOING YOUR VOLUNTEER WORK WITH DISTURBED ADOLESCENTS, WHETHER YOU FEEL IT HELPS OR NOT

THIS IS WHAT WILL MAKE CHANGES

RATHER THAN MAKING MORE RULES OR LAWS

We then went back to address her feelings toward the “Hate” Politicians and commentators. I asked Sarah if she had any idea why they would act that way. I had her tap around the points, as she answered. “I suppose they think it’s a form of entertainment… they probably want to provide for their families… it seems they may believe the lies… they may have felt victimized from past traumas… they’re scared… they have fears that I can’t understand.”

“It’s hard sometimes to understand others’ fears,” I responded, “In the same way that some people may find it hard to understand your fears sometimes.” “I wonder if it might be possible,” I mused, “to be outraged by their actions, but still send loving and healing to their Souls?” “Absolutely!” she replied. “Would you maybe like to send some surrogate healing to all those around the World, who express hatred in their words and actions?”

Sarah was in a very different space at this point, and happily agreed.

Some of the EFT tapping set-up phrases we used included:

“Even though I hate your actions, I choose to send love and healing to your Soul.”

“Even though I feel outrage at your hatred and destruction, I choose to send healing to the wounded parts inside of you.”

“Even though I can’t comprehend how you could do such a thing, I choose to send peace and compassion to your Soul.”

We then revisited her 4 or 5-year-old self, to see if she needed anything else. She was fine, having been read a story by her mom, and was resting peacefully. We then checked on the part of herself that had projectile vomited on the hate politicians and radio commentators. She cleaned up the vomit, and disposed of it a safe manner, cleaning it off the people as well.

Because we had been several places, with several parts, I asked Sarah to tune in and see if there was a symbol, which might represent a combination of what her different parts had learned, so that we could inform every cell of her body, and send that image out into the Matrix.

“I see a lit candle.” Sarah shared. “Is it in a container or free floating?” I asked. “It’s a Light of Hope, being held at the bottom by many hands. People are holding it, and then it is being passed to the next and the next and the next…” “Beautiful!” I replied. “And what colors would you like to surround this picture with?” “Pink & Green.” (interestingly enough, colors often associated with the heart chakra.)

I had Sarah take this image into the top of her head, vibrationally touching and informing every cell in her body.

She then focused & intensified this image in her heart, and then radiated this “Candle Light of Hope” out in every direction, until it bathed herself, the planet and beyond.

I then checked back with the black round spiky feeling in her stomach and her general SUD Level of Intensity number on a 0 – 10 scale, which had been what she described as: “fluctuating rapidly between 8 and 12” at the beginning of the session.The black spiky feeling was completely gone.

She added, “I feel oddly relaxed.  My stomach is fine… I feel hopeful, with a fair degree of compassion and understanding.  Actually, I’m feeling a deep love & appreciation.  I’m more motivated to contribute to efforts for Peace, and I can see how EFT is going to play a major part in that.  Thank you so, very, very much!”