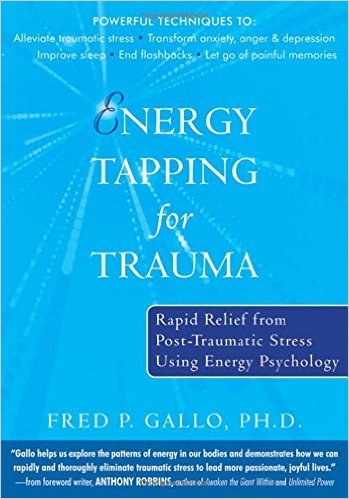 I had just done the very thing I advise people not to do.

I was all relaxed and ready for bed, but decided to check my email one last time. In truth, I had been having a somewhat tense online conversation, and was hoping to find a peaceful resolution in my inbox.

Unfortunately, the opposite was true. Our miscommunication had taken an even worse turn and now there was a toxic blast waiting for me. Sure enough, I could feel my heart racing, my brain waves moving faster, and stress hormones coursing through my body.

Not what you want when preparing for sleep!

In the past, this would have completely overwhelmed me. As my body moved into fight or flight, panic would have set in–both around the content of the email and the fact that my body had moved completely in the opposite direction of sleep right at bedtime. I would have felt like a helpless victim. Sleep would have been out of the question for that night, and this one little incident could easily have started a 2-month bout of insomnia.

Now I can’t say I was able to go right to bed after this and fall into a deep, peaceful sleep, but I did have strategies in place that helped me keep my power and perspective, and drastically lessen and shorten the effects.

In this case, the very first thing I did was laugh!

What was I thinking checking my email like that when I knew a toxic nugget was a possibility? I had broken my own rule and now I was paying the price. Okay, so be it. I was clearly going to be awake for a bit, so it was time to make the best of the situation.

When my husband went to bed, I settled down on the couch, knowing I might be there for a while. I became very present with the physical stress symptoms. I tapped on my racing heart and mind and the stress hormones I could feel rushing through my body. I tapped and tapped until it became slightly less intense.

Next, I took this as an opportunity to grow and learn.

What about this email had triggered me so badly? What part of this could I own? What could I do differently next time to avoid a miscommunication like this in the future? What lesson, gift, or gem might be buried in this situation? As I answered these questions in my journal, I tapped on the various responses. Finally around 1:00 a.m., I felt my body shift and knew I would be able to get some sleep. It was not my best night, but far better than it would have been in the past.

It took a few more days of deep inner work and tapping to fully mine the gem out of the situation, and my sleep was off for a couple of nights as well. However, because I managed to stay present the whole time–both with my mind and with the effects on my body–I never felt out of control or helpless. I knew resolution would come one way or another and that my sleep would calm down as well.

One thing I found very helpful was to catch myself whenever I started having imaginary conversations with this person.

In the past, I would get lost for hours in these sorts of low-vibe imaginations that were not helpful in any way. This time, whenever I would catch myself going on for more than a minute or two, I would tap and say:

“Even though it is so tempting to engage in this imaginary conversation, I am choosing to mine the gem, learn the lesson, and let it go.”

Sometimes it took more than one try, but eventually, I would divert my racing mind from that rat maze and move it into a more positive direction.

After a time, the situation did resolve. It was not the way I would have originally chosen, but I know now it is the highest and best resolution for all concerned. And my sleep has been great!