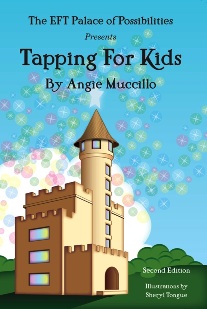 As a (mature) student nurse currently in clinical placement, I am exposed to a multitude of folk with varying degrees of health issues. One day I found myself working alongside Jane, a health care professional, who complained of severe discomfort in her right calf and so I offered to lead her through an EFT session. My colleague found immediate, marked reduction in her calf pain and stated she felt “so good all over” (she is in the first trimester of pregnancy and had been experiencing fatigue and sickness) that she would continue to tap at home.

I met Jane again three days later at work and listened to a story that she was enthusiastic to share. On witnessing her tapping at home, Jane’s seven-year-old son, Dale, who has ADHD (attention deficit hyperactivity disorder), was curious about what his mother was doing. Jane had replied that the process had cured her leg pain earlier and just made her feel generally well.

Dale sat in front of Jane and copied the Setup, facial, collarbone, and underarm tapping. A day went by and on the following day Jane received a telephone call from her son’s school. The teacher explained that Dale, a boy who would regularly fidget all through class, be inattentive and lack focus, had been increasingly calm, attentive, and alert. She stated that Dale had been sitting quietly at his desk, gently tapping on certain parts of his face and throat and under his arm–the same points each time round. She also stated that Dale had continued to tap several times throughout the day.

His attention to the information had been “the best I have ever seen it,” said the teacher, and she reported that he would raise his hand to answer questions, something he had never done before. “What was he doing?” the teacher asked, “I want all my students to know how to use this to help them stay focused and alert.”

I love this story. The benefits of EFT are proven again and again and the innocence of childhood is such that there is just an acceptance of the technique without the skepticism with which many adults respond when they first encounter tapping. Of course, regardless of how one feels about the technique, the results are often quite remarkable, yet the willingness to “just do it,” as Dale did in the classroom, is interesting.

I wonder whether Dale’s willingness stemmed from changes Dale was aware of, curiosity as Mommy had been tapping, or some other factor? The teacher’s receptivity to the technique is a response I have seen many times over, with people eager to try EFT after witnessing the remarkable benefit tapping had for someone else.