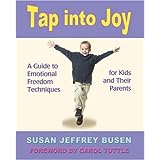 Aileen Nobles shares how she helped a teenage client uncover and release the pain and anger behind her ulcerative colitis and headaches, resolving her health problems and issues with her divorced parents in the process.

EFT did wonders to release the anger and pain of a teenager stuck between two parents. Each parent, although separated from each other, used “Angie” to try and get her to side with them. Most of their arguments had been in her presence.

Angie suffered from ulcerative colitis, asthma, and headaches. She felt a lot of pain and bewilderment, and was sick and tired of being a pawn.

Now her father was getting married to another woman, and Angie wanted to go to the wedding. Her mother was so angry and jealous that she didn’t want her daughter to go. Anger erupted between mother and daughter, and it was time to start tapping.

Angie’s anger was a 10. We started with the Basic Recipe:

“It’s not my responsibility whether my mother and father get along with each other.”

“I don’t want to be in the middle of their arguments.”

“I don’t want to make these annoying choices, having to side with one or the other.”

She told me she was feeling her sadness and anger in her stomach and head. I had her close her eyes and imagine she was talking to her parents as she tapped on her Karate Chop point:

“Why do I have to make these annoying choices and you guys do nothing?”

“I hate when you fight and I get stuck in the middle, it’s not fair, but I’m still a great kid.”

“I hate being stuck in the middle of a fight and it’s not fair and nobody seems to care about that.”

“I hate being in the middle of fights, I have to swallow a lot of this anger and sadness.”

“I have so much garbage inside of me that comes out uncontrolled in the toilet.”

“All the fear I feel when you fight and all of these emotions whirling around inside me go right into my stomach, and I just need to get rid of it.”

“I hate hearing you fight, your voices get raised and you say mean things to each other and you do it in front of me!!! You are my parents, but you don’t seem to know any better.”

We went back to the Basic Recipe, including the top of the head and the inside of the wrist:

“They behave like naughty children, and I’m the parent. Something’s backwards in this picture. No wonder my insides don’t know if they are coming or going.”

“Why do they behave that way? I hate being in the middle, and I’ve stuffed all this fear and anger inside of me, and it’s messing up my stomach and my head and I feel like a pressure cooker that’s going to explode.”

“This garbage can of emotions is in my head and my stomach and comes out uncontrolled in the toilet.  That’s where it belongs, but I’d like to have more control over it.”

“All this pressure in my head gives me a headache. I wish they would fight when I’m not there. They are so immature. I am more mature than they are about this issue and something’s wrong with this picture. But I’m a great person anyway.”

“I hate it when I hear them fight and I don’t want to react in the same way if I hear it again, and it’s probably going to happen again, but I would like to handle it differently.”

“I want to let go of my fear. I used to be afraid when I was little that they would fight and then divorce…and I was so afraid, and they did fight and divorce, so I don’t want to hold on to that fear anymore as it’s already happened.”

“I’m ready to have more control on how I release my pain and anger.”

“I’m so angry at Dad for not listening, I’m angry at both of them.”

“I’m so filled with anger at both of them, but I’m still a great person. Even if I’m angry at them because they are so immature, I’m a terrific person.”

We discussed the idea of telling her parents not to argue in front of her.

“I can see that and I know that. They both love me and they are trying to do their best, they sometimes do a terrible job.”

“Letting go of my pain so I can feel better, I choose it, I allow it, I deserve it.”

I tested each of these statements as she said them. She was congruent on all levels.

We tapped on residual anger, pain, and fear, and being fed up with the situation:

“I’m releasing my expectations that they be other than they are. I now speak up for myself and choose not to be in the middle of their arguments anymore.”

I had Angie imagine her mother’s point of view. She tapped on:

“Mother only sees her own point of view. “

“I’m old enough to make my own decisions. I’m not betraying my mother by going to Dad’s wedding.”

“I am becoming stronger and more powerful right now, I am in control of my life and my bowel movements.”

“It is safe to make my own decisions.”

“I love my mother and father in spite of the way they act.”

“I now allow my body to heal itself, I am in control.”

Angie says after speaking up that her parents are trying their best not to argue when she is around. If they do, she immediately speaks up, and tells them that she is leaving the room. Her colitis and headaches have disappeared, and she has a lovely glow about her now that she feels so much better about herself. We got rid of her asthma in a separate session.