Appearing in February issue of The Oprah Magazine, p. 115 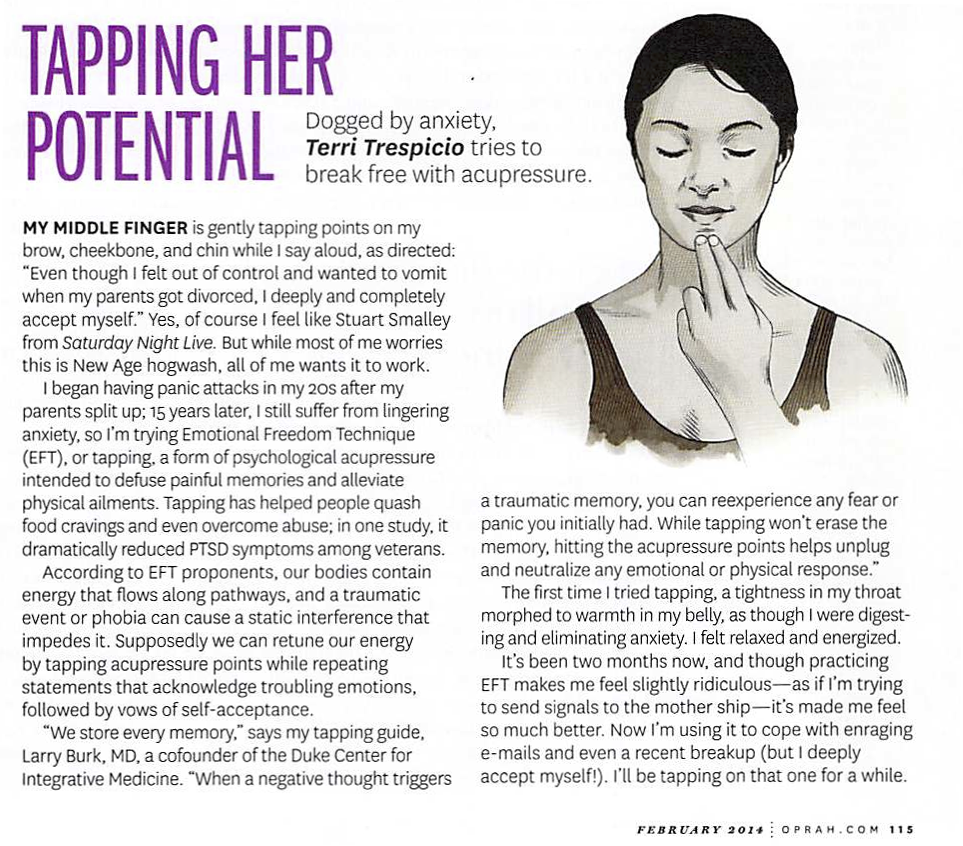 My MIDDLE FINGER is gently tapping points on my brow, cheeckboke, and chin while I say aloud, as directed: “Even though I felt out of control and wanted to vomit when my parents got divorced, I completely accept myself.”

Yes, of course I feel like Stuart Smalley from Saturday Night Live.

But while most of me worries this is New Age hogwash, all of me wants it to work.

I began having panic attacks in my 20s after my parents split up; 15 years later, I still suffer from lingering anxiety, so I’m trying Emotional Freedom Technique (EFT), or tapping, a form of psychological acupressure intended to defuse painful memories an alleviate physical ailments.

Tapping has helped people squash food cravings and even overcome abuse; in one study, it dramatically reduced PTSD symptoms among veterans.

According to EFT proponents, our bodies contain energy that flows along pathways, and a traumatic event or phobia can cause a static interference that impedes it.

Supposedly we can retune our energy by tapping acupressure points while repeating statements that acknowledge troubling emotions, followed by vows of self-acceptance.

“We store every memory,” says my tapping guide, Larry Burk, MD, a cofounder of the Duke Center for Integrative Medicine. “When a negative thought triggers a traumatic memory, you can reexperience any fear or panic you initially had. While tapping won’t erase the memory, hitting the acupressure points helps unplug and neutralize any emotional or physical response.”

The First time I tried tapping, a tightness in my throat morphed to warmth in my belly, as though I were digesting and eliminating anxiety.

I felt relaxed and energized. 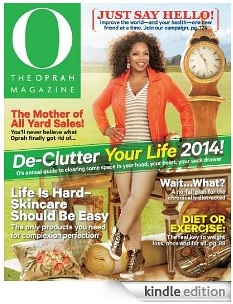 It’s been two months now, and though practicing EFT makes me feel Slightly ridiculous–as if I’m trying to send signals to the mother ship–it’s made me feel so much better.

Now I’m using it to cope with enraging e-mails and even a recent breakup (but I deeply accept myself!).

I’ll be tapping on that one for a while.