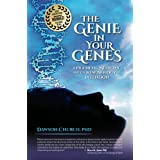 Carol Look, LCSW, DCH, conducted an eyesight experiment in which over 100 people used EFT for vision problems. The results were impressive and one of the beneficiaries (Cheri) shares her doctor’s words: “Emotions play a strong part in the flow of blood to the retina, as well as to different parts of the brain, so increased blood flow [as a result of EFT] to both the retina and the brain would be reflected in the sharpened clarity.”

-Dawson Church, PhD
Author of The Genie in Your Genes

Cheri is a 55-year-old woman who participated in the 8-week EFT Eyesight Experiment I conducted. I had an opportunity to interview her about the details of her results. Below is the summary.

Cheri followed the exact instructions and tapped once a day on the suggested assignments for all 8 weeks.

What she found was that her ability to notice improvement in one of the categories, “Brightness” improved in the range of 50-75% (categorized as a level “4” in the experiment, a “definite improvement.”) Her “Color Perception” improved at the level of a “3” (25-50%) and“Color Contrast” improved also by a “4” or somewhere between 50-75% on the rating scale. Cheri’s reported improvement in her farsighted vision was also rated as “definite improvement” at a “4.”She noticed this particularly when walking outdoors with her walking partner who “got an earful” about the beautiful scenery. She is also now able to watch television from afar. On the final questionnaire, Cheri wrote, “It has been many years since I’ve been able to see clearly the trees and their foliage or to determine if the rattle was a squirrel or a bird. My emotions are deeply buried and will take more work. My eyesight is something I can truly enjoy daily as I continue to work on my emotions.”

Cheri reported slight improvements in dryness of her eyes and eye fatigue.

Regarding the category of “Clarity–Near” her reported improvement was a dramatic 50-75%. She had been reading with bifocals nearly 95% of the time, but now notices she DOES NOT NEED GLASSES to read anymore.

In general, Cheri said it is all still a puzzle for her, how clearly she can see everything!

The emotional issues she tapped for in the protocols helped her speak her mind more clearly with her mother. This was very freeing. In Cheri’s words, “Dealing with some of these gave me nasty headaches and stomach pains, but they all cleared so far as I could tell at the time. On the plus side, I became empowered to speak clearly on topics of concern to my mother as they arose as opposed to sublimating them.” She has also been able to set more boundaries now within the family and feels much more confident about this.

The downside of improving her vision (a question participants were to answer on the final questionnaire) was “If I see too clearly, I have to deal with things as they appear…”

In a follow-up email after Cheri visited her eye doctor in December 2005, she gave me the following report:

Fabulous time with my eye doctor. My “uncorrected” vision has improved two full lines and is thus now 20/80. HOORAY. He said it is better than Dec 2003!!!

He also found nothing OTHER than my nearsightedness and astigmatism. [Cheri had been diagnosed with “vertical muscle imbalance” and “mild map dot dystrophy.”]

The map dot dystrophy (sp?) is when the cornea separates. He uses the illustration of a rug on the floor that isn’t lying flat but is rather bunched up, breaking contact with the floor. Well. He does see cases where the “rug” smoothes out again, which mine has, but cannot explain it.

He said that the pulling that the muscle was doing (“vertical muscle imbalance”) no longer shows, so there is truly no other sign of anything!! Hooray.

He asked me what exactly I did. I showed him very briefly with a setup phrase and tapped all through while giving a sum-up of EFT. He commended me for my effort and urged me to continue on this path and urged me to do so in a consistent, daily manner, and to get “creative” with it!! He said that emotions play a strong part in the flow of blood to the retina, as well as to different parts of the brain, so increased blood flow to both the retina and the brain would be reflected in the sharpened clarity. Though he warned me not to throw away my glasses just yet, he also encouraged me to continue activities without them when I didn’t require them.

Thank you once again for not only the excellent experiment from which I personally benefited but also for the superb and timely newsletters.

With true appreciation for your talents and generosity,

Two months later, Cheri wrote: “My vision shifts with my emotion but for the most part holds nicely. My communication skills within my family continue to improve. Clarity from afar continues to hold strong…”