How to Use EFT for Sleep Apnea 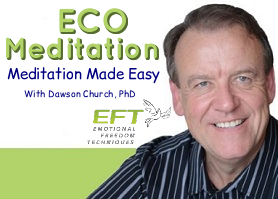 Here, an EFT user shares how he used EFT to work with a retired neighbor suffering with sleep apnea and how he discovers it is related to the stress from his prior work. The inability to speak up seems to have altered the neighbor’s sleep patterns.

I had a neighbor who worked in middle-management and retired because of his sleep apnea.

He felt that he had to retire because he could not remember names of those who he was supervising any more due to the sleep apnea, and thus he was not able to continue on working.

After he retired and got back home I called him and asked if he was up to a little experiment for his sleep apnea problem. He said, “Yes”, and I used the information above to have him tap on those circumstances.

That is being in the middle, and not being able to tell those above him of the valid points of those below him and vice versa.

“Even though I am stuck being in the middle, and it makes me feel [name feeling], I deeply and completely accept myself.”

“Even though I was not able to tell those in a senior position the valid points of my co-workers and that made me feel [name feeling], I deeply and completely accept myself.”

“Even though I was not able to tell my co-workers the valid points of those in a senior position and that made me feel [name feeling], I deeply and completely accept myself.”

I then had him tap for sleep apnea.

You can start by tapping on what you feel about the sleep apnea itself.

“Even though this sleep apnea is making me feel [name feeling], I deeply and completely accept myself.”

Then ask where you remember having these same feelings as a young child and see if it is related to something that happened in your past. When you remember the insident, tap on the incident and all your feelings around that past incident. Be as specific as you can.

After tapping together, I have phoned my neighbor several times and found out that he has had success with sleeping soundly. He rarely wakes, and when he does it’s for nightly trips to the toilet. He is then able to go back to sleep quickly and effectively.

Sleep apnea is very hard on people with many debilitating side-effects. You are likely to fall asleep while doing things–such as driving. He no longer fears falling asleep during the day or while driving, or any of the other aspects of the sleep apnea problem.

Try tapping on what is bothering you before you fall asleep and keep working at it until you remember a simualr experience from your childhood and tap through those feelings. You can also use tapping to simply relax right before fallign asleep.