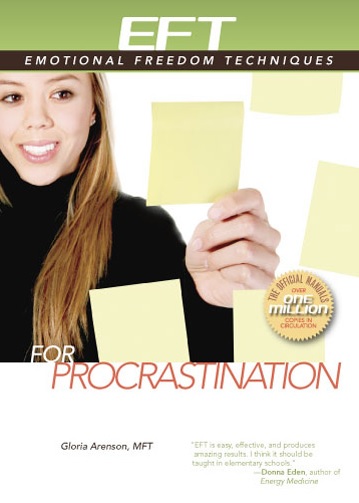 Negative memories from past events can become all-consuming, affecting your ability to move on in life. EFT tapping can help heal those traumatic, painful, and scary events. Read how one therapist uses EFT to help clients deal with their negative thinking.

A client came to see me for sales motivation, focus and concentration – some very good candidates for EFT tapping. My thinking is that by using EFT, I can get rid of the negative performance blocks to success and then use affirmations to instill positive programming. Because even with using affirmation statements, if there are aspects in the way, the programming will fall on a deaf subconscious (to coin a phrase) and be rejected without the user even realizing what is happening.

I usually find that performance issues stem from shame-based thinking, even when the client has no name to describe what they are feeling.

I described emotional freedom techniques (EFT) to this client and he said that he was excited to give it a try.

He hadn’t realized that EFT was good for physical problems and didn’t see how his physical pain could be also related to his motivation problems. Before we tried using EFT for his sales motivation, he told me that he’d fallen from a beam while he was working in construction (10 years prior) and he had been having pain in his neck ever since (along with a knot at the base of his skull). Even though the pain would subside for short periods of time, it was always there in his mind. Sometimes it would show up as a migraine. He said that some nights he’d be in so much agony that he’d take four or five showers just to let the water run on his neck–which gave him some relief. Then finally, completely exhausted, he’d fall into bed, only to sleep fitfully.

We started by tapping on:

“Even though I have this neck pain, I deeply and completely accept myself.”

“Even though I have this constant knot in my neck, I deeply and completely accept myself.”

“Even though I feel stupid for falling off a beam while working, I deeply and completely accept myself.”

“Even though I feel I should have been more careful on that day, I deeply and completely accept myself.”

“Even though I miss how I felt before the accident happened, I deeply and completely accept myself.”

“Even though I fear this condition will never go away, I deeply and completely accept myself.”

“Even though I feel shame over getting hurt on the job, I deeply and completely accept myself.”

His SUD Level of Intensity was at a 7 out of 10 when we started, and after tapping on the aspects of the accident, he finally was at 0. He was amazed that the dull pain he’d been experiencing that morning went away during the session without having to take a hot shower. He was completely and utterly and overjoyed, as was I. We went on to tap for sales motivation, and that too, further loosened up his neck.

Finally feeling he had control over this pain and realizing he’d been harboring shame over the event, he left my office excited and a big believer in EFT.

We then moved on to create some positive affirmations around sales motivation:

“I am a competent and powerful sales person.”

“I am focused on today’s greatest opportunities.”

“Success and prosperity come easily to me.”

The above tapping session made me think of how feelings of shame can keep us rooted in the past. I thought of another client of mine who had everything going for him, but felt he was stuck in his life. He had experienced an incident with a friend (again, 10 years prior), that caused him to feel that the ex-friend still thought badly of him and was permanently angry with him. He had this intuition that if he got over his feelings about that friend, he could move on with his life.

“Even though I think [name] thinks badly of me, I deeply and completely accept myself.”

“Even though I feel shame over this situation with [name], I deeply and completely accept myself.”

As we continued to tap, his SUD Level of Intensity about the situation went from a 7 out of 10 to a 1 out of 10. We continued to tap until his SUD level was at a 0. Then I asked him if he could think of anyone who he was worried what they thought of him (an impediment to his progress), and he could not.

Shame appears to be present when clients expose to me that they are still stuck thinking and contemplating the past, which feeds a subconscious negative-thoughts feedback loop. Shame also shows up when clients are upset because they are failing to achieve their goals. Their procrastination tends to leave them focused on their unmet goals and not the real reason behind the shame they feel over failing to achieve what they want. EFT helps heal the feelings of shame – like the above examples, where there’s shame at not being able to control an accident and shame around not being able to control a relationship outcome – which had each client stuck overthinking a past event combined with negativity around not being able to go back in the past and fix the event.

EFT allows clients the ability to fix a past event in a present-day format and free themselves emotionally in the process so they can move on with living the rest of their life–free from the shame that was keeping them trapped in the past.