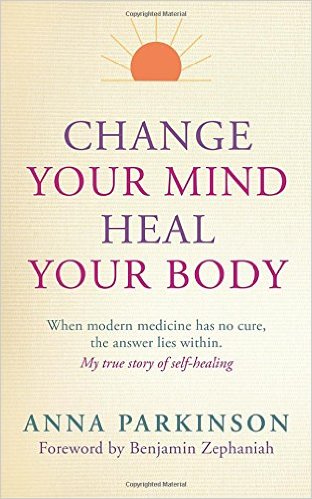 Rev. Dinah Lee Jackson shares her story of healing from a dire brain condition, against all medical odds. She was able to use EFT to tap away the “concrete block” on her head. Now she no longer carries the bottle of migraine pain pills that was always in her purse when she left the house before.

First some background: I had been suffering from migraine headaches since the birth of my son, only periodically, though. When I gave birth to my next and last child, however, I had a seizure while I was in labor. The MRI they took of my head after her birth showed the back half of my cerebellum on both sides was completely white–interpreted as dead tissue, or blood leakage. The radiologist thought the pictures he was looking at were those of a cadaver.

Unable to determine if I had a stroke (clogged artery) or an aneurysm (burst vessel), they didn’t want to give me blood thinners for a stroke or coagulants for an aneurysm, so they just stared at me for two weeks and monitored the swelling of my brain.

They didn’t have a good prognosis, because they didn’t know what was going on. The doctors told my husband it was amazing I was alive at all. They braced him for me to come out of it blind, deaf, or both, with some memory loss and retardation.

As time went on, I continued to improve (to the immense bafflement of the medical community), but I began to have the most searing migraines every day for months. My neurologist thought it might be because of the dissolution of whatever was in my brain that had turned it white. Fortunately, the time between migraines lengthened, but the severity did not lessen. I was having to go to the emergency room for shots of Demerol to recover.

Then I used EFT: With this history, learning about EFT was a Divine gift. I tried EFT on my periodic regular headaches and it worked the first round! I was like, “Whoa!”

After six months, I would occasionally feel a headache starting, but I could always “tap it down” with EFT in short order.

Then three months ago, I woke up with a blinding headache. As I sat up, it intensified. I became nauseous and dizzy,broke out in sweats, and started shaking. I wanted to break my skull open it hurt so bad. I tried lying down; it got worse. I thought in a moment of panic only meds would help, but I couldn’t keep them down and every session in front of the commode made it hurt even more.

It took me awhile, shaking and trying to concentrate, but about midway through the second round, my head began to stop throbbing. By the end, it only felt like a concrete block on my head.

With one more round, I could actually feel as if the pain were a cast, to crack and melt and slide slowly down off my head. I took a deep breath, washed my face, and it was gone! I felt fine!

The entire incident, from the first tap until it was gone, was five minutes. I don’t ever use headache medicine now, whereas I had been using 600 to 3,000 mg of ibuprofen or a Demerol shot before a headache would crack. And that took an hour or longer.

I am no longer afraid to leave the house without a bottle of pills in my purse.