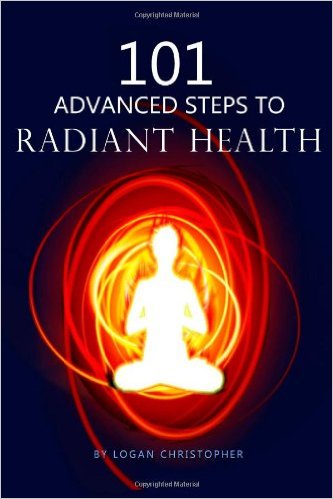 EFT practitioner Wendy Goldenthal helped her sister recover from a migraine and be able to join the family at Thanksgiving dinner. Wendy’s sister didn’t know anything about EFT and had no idea what Wendy was doing, and still her migraine disappeared.

I’ve always wanted to write and let you know how EFT has helped so many of my clients, but until this evening, I’ve never been a witness to such a dramatic change and recovery. With most of my clients, I use EFT to help them eliminate negative thoughts and feelings. Tonight I used it to help my sister so that she could join us at our Thanksgiving dinner.

We were all gathered in the living room and I noticed that my 40-year-old sister, Jessica, wasn’t with us. When I questioned her husband, John, he mentioned that she was in the bedroom with a nasty full-blown migraine headache. I casually mentioned that I’ve helped my other sister (who has MS and frequent migraines) get rid of her migraines and that now she uses it as soon as she feels one coming on. If Jess wants me to help her, just let me know, I said. Five minutes later, John came over to me and said that Jess was interested.

When I walked into the dark bedroom, I noticed that she was wrapped in a down comforter. “How are you feeling?” I asked. “Awful, I feel horrible and I’m getting chills,” she whispered. The acoustics in the condo were terrible and all sounds were amplified right into the bedroom. It was tough to hear her. Unfortunately, there was no other place for her to be. I sat down next to her and told her that this wouldn’t take long, that it works whether or not you believe it’s going to work. “You are going to feel a lot better very quickly,” I added.

Jessica had never heard of EFT nor had she had any experience with “alternative” healing methods. In fact, when I offered to teach her HypnoBirthing when she was pregnant, she informed me that she knew it wasn’t right for her.

I explained that she would be tapping and simply saying some sentences. We immediately tapped on: Even though I feel horrible, I deeply and completely accept myself without judgment. Even though I have this awful migraine…

Jess asked me if she had to speak out loud. I said I’d do the speaking for her. I told her to listen to my words and hear them in her head.

At this point, I told Jess that we were going to add one more place to tap: the top of her head. For some reason, I had forgotten it. As she tapped the top of her head, she began to moan and grimace even more. When I saw her pain, I began to feel as if we weren’t making any headway. Even though I feel like sh*t…

I noticed she was slowing down with her tapping. “Are you getting a bit tired? It’s totally normal,” I said, and she nodded. I tucked the comforter around her and told her that she could rest a bit and that if she fell asleep that was okay.

Fast-forward to 30 minutes later. We are all beginning to sit down with our full plates and I noticed that Jess was already at the table with a full plate of food in front of her. She was smiling and eating. She mentioned that the migraine was totally gone, but that she felt a bit shaky. (My other sister had experienced the same feeling. Maybe it’s the shock of having a migraine leave so quickly? Personally, I have no clue, but above all, I wanted Jess to feel comfortable.)

So I told her that it’s totally normal to feel this way. “The shakiness will go away in a short time and your migraine won’t come back at all,” I mentioned. “That’s great, I’m relieved, I didn’t know it was permanent,” she said. “It absolutely is,” I assured her.

Three hours later, after lots of laughter and food, Jess, John, and their three-year-old daughter left. Jess was smiling and back to her old self.

“If you hadn’t helped me, it would have taken hours for me to even begin to feel better. Thank you,” she said, as she gave me a big hug. Jess had no idea what I was doing, had never heard of EFT (I never even mentioned what I was doing), and had no expectations. And it worked like a charm.

Tonight was our Thanksgiving miracle. I feel so blessed to use EFT.