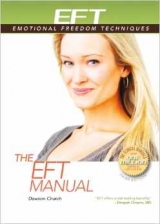 Certified EFT practitioner Janet Hague details how she cleared her belief that EFT was not useful for pain with a structural source, which included her own physical pain.

As an acupuncturist, I came into the practice of EFT with some major "writing on my walls." An ingrained belief was: "EFT can't possibly work on pain that is due to structural damage other than to give brief relief."

This belief applied to using EFT on myself as well.

I tried EFT a few times on myself for pain and "it didn't work," so this confirmed my belief. Funny how that works. In hindsight I know that I was psychologically reversed for pain relief. The way this belief manifested in my practice was that I used EFT for emotional pain, and acupuncture and massage for physical pain.

Logically, this belief made a whole lot of sense to me. I've spent the last 2 decades in college and grad school studying physical medicine. My walls were filled with anatomy, physiology, pathology etc.—all very good reasons for this left brain belief.

The first step in changing the writing on our walls is noticing the writing. I had not noticed this belief. It was simply one of my truths.

In addition, I had almost entirely stopped using the sore spot in favor of the KC point. In reviewing EFT videos, I suddenly became aware of how many of the people were completely getting rid of pain that had a very sound structural reason for being there. In addition, my own chronic back pain was acting up from the hours sitting there viewing the videos.

I was laughing to myself as I suddenly became aware that I was sitting there in terrible pain as I was watching and note taking as all these people were getting over their physical pain.

It is important to understand that I have used EFT persistently and daily for years on my own emotional wounds and have a profound respect for the depth one can heal with it. So I thought, "Maybe I ought to give this EFT another try for pain."

So I rubbed my sore spot emphatically and said:

Even though I have this belief that EFT won't work on pain, it's a structural problem, there are medical reasons for this back pain in my lower left lumbars...

Even though I'm watching people eliminate all sorts of structural pain in a few minutes, I'm the only one on planet Earth that this won't work for. It can't work for me because my back pain is different.

By the time, I was done with the Setup, my pain was gone. I did a couple of rounds of the short sequence just for good measure.

So in 2 minutes of EFT, my HUGE limiting belief system about EFT and pain melted away, in addition to the pain itself. Since that time, I have incorporated the use of EFT for pain into my acupuncture treatments, and of course into my EFT treatments, with amazing success.

What I have found when doing acupuncture is that, once the needles are in, I ask the client if they are aware of any emotions connected to their condition (this applies to any type of "physical" condition), and I do the tapping on them as they relax into the treatment.

I have noticed without exception, that as I do just a couple of rounds of EFT, the patients quickly go to an extremely deep place that normally, if I'm lucky, they get to after 45 minutes of acupuncture. In addition, their subjective reports of those treatments have been that they were much deeper treatments than they normally experienced.

Many of them reported feeling "Qi" [life force energy] for the first time as well.

My belief is that a good acupuncture treatment brings someone into a hypnotic state, and just like the hypnotherapists report when they incorporate EFT, I find the Setup affirmations really "take" in this state.