EFT Gets to the Emotional Root of Painful Breastfeeding 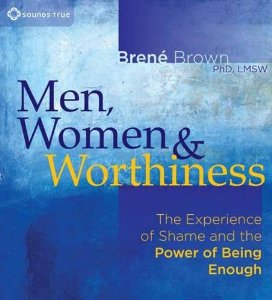 Pat Farrell, Certified EFT Practitioner digs for emotional issues beneath her client's breastfeeding pains and describes how sessions often involve peeling back layers of pain to get to the core issue. This session on painful breastfeeding had many layers and intertwining situations.

Jenny came to me 8 weeks after her son had been born. Nursing had been painful from the very first time he nursed in the hospital.

When she went to her primary physician after 4 weeks, he advised her that both she and her son had Thrush, which was causing sore, red nipples and severe burning pain in her nipples during and after breast-feeding.

Her son also had white spots on his tongue. A month later, when she returned to a different physician (hers was on vacation) he said she had mastitis. That was on a Friday. Jenny came to me on Monday.

I asked Jenny about her relationship.

It seemed that she was very resentful about the father of her baby. She replied, "It's all about money. He's critical of my body and that makes me feel icky. My self-esteem has plummeted. I want to get skinny so that I can make him happy. But then I think, 'Why would I want to make a man like that happy?'"

I feel that it is important to start right where my client is rather than asking questions and trying to "figure it out."

What we really need to work on always comes to light. We started tapping on her feeling "icky" which was a 10 on a scale of 0 to 10 and her low self-esteem which was a 6 out of 10. The pain which she experienced from the mastitis was about a 6 out of 10.

Even though I feel really icky when Mark talks to me like that...

Even though I feel icky that my body isn't perfect...

Even though I feel really icky when Mark talks down to me like that...

After our first round of tapping on feeling icky, her low self-esteem went from a 6 to a 2 out of 10 and the icky feeling when he criticized her was at a 6 from a 10 out of 10. After a round of tapping, I always ask my clients to check in with their body and notice any physiological sensations.

I then ask if any other emotions came up or any other thoughts.

Jenny noticed a feeling of relaxation while at the same time a fear that "I'll be doing it alone" came up at a 6 out of 10. So we tapped on the fear "that I will be a single mother." Her fear went to a 0 after only one round.

We also discussed "why would I want to make a man like that happy" and her not wanting to be sexual with Mark because of her resentment towards him. If her breasts were sore, he couldn't use them as a means of sexuality. We did one round of tapping on punishing Mark for the way he treated her by not being sexual with him. Resentment that started as a 10 was now a 6 out of 10.

What came up after that round of tapping was anger at her partner that he was so critical and judgmental of her.

She was angry that he wasn't nurturing and not at all affectionate. As we tapped on this, it was simply repeating the things that I just mentioned. Then, at one point, I said "anger at myself for being with him." She realized that this was even more significant than her anger at him. The anger was joined by resentment of him for being so critical. We worked first on her anger at herself and 2 rounds brought it to a 0.

When we talked about her resentment of Mark, I mentioned the sexual abuse that she had experienced by her stepfather and asked if she still felt resentment of him. I knew of this because of the Personal Information Sheet that I have my clients fill out prior to working with me.

She was still angry and resentful of her stepfather. We worked on this anger and resentment.

While I most often stay on one subject until it has reached zero, I also will often switch to a new issue which I recognize to be under the original issue, each time getting closer to the core issue. The sexual abuse of her stepfather was obviously still a core issue with her and her anger and resentment had been living in her body for 10 years and was now aimed at Mark. She realized that some of her anger was aimed at herself for having let the abuse continue for 6 months before she stopped it. Jenny was fourteen at the time of the abuse.

She feared hurting her mother, that her mother wouldn't believe her, and had a love-hate relationship with her stepfather.

She cared for him and hated what he was doing to her. This, by the way, is where the original "icky" feeling came from that she was now experiencing in response to her partner's criticism. Her stepfather was very critical of her and wanted her to be perfect. He, too, criticized her for carrying extra weight and that made her feel icky as did the way he was sexual with her.

The icky feeling from having been molested was a 10 and her guilt for not stopping it sooner was also a 10 out of 10.

Even though it made me feel icky when my stepfather criticized me...

Even though it feel guilty for having let that happen...

Even though I was afraid to stop it...

We tapped the EFT points repeating the following phrases:

His touching me made me feel icky

I felt icky but I was afraid to stop him

I was afraid my mother wouldn't believe me.

I hated him for criticizing my weight

I felt icky when he criticized me

I felt icky when he touched me

I hated him for doing that

I felt icky when he criticized my weight

If I was so fat, why did he want to molest me?

I have to be perfect in order to be loved

I have to be perfect in order to be loved.

She was very triggered by "I have to be perfect in order to be loved" (I find this to be a common theme), so we tapped on that for 2 rounds and brought it to a 0.

After 10 years of holding on to this icky feeling of having been criticized and molested, Jenny was at a 0 after just one round. Her guilt had gone down to a 6. We did another round just on the guilt of having been molested and not having stopped him. The guilt was down to a 2. After one more round, both the icky feeling of her step father having molested her and her guilt that it had happened were now 0.

We checked back in with the icky feeling of her partner criticizing her. It was down a 2. Her resentment of her partner was still a 4. One round on each of these brought them each to a 0. After a two hour session, Jenny breastfed her son with no pain and has been pain-free ever since.

In the vast amount of work that I have done with sexual abuse, there is often guilt and self hatred involved for having "let it happen" in the first place. This issue can get very confusing, with guilt and shame being underlying emotions that result in anger and resentment.

I work to help my client release the guilt because I find guilt, along with shame, to be two of the most debilitating emotions. The anger and resentment are then usually much easier to deal with. Sexual abuse is insidious and seems to permeate all phases of a person's personality and therefore her (or his) life. EFT works quickly on sexual issues that they may have been dealing with for years with many other forms of therapy.

Each session we do resembles the idea of peeling an artichoke layer by layer, because inside you find a heart.