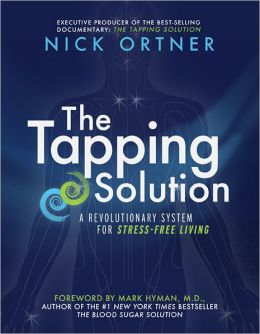 I had seen MM previously to work on numerous traumatic episodes she had experienced in her life but never specifically addressed. With the application of energy psychology, MM had found great relief in healing from her past traumas such that she came back to see me after being diagnosed with an autoimmune disorder. She was experiencing numerous symptoms, but her worst symptom was feeling as if her breathing was being restricted. She was unable to take a deep breath. The inability to take a deep breath seemed to intensify the symptom of chronic aching in different parts of her body.

In this session we decided to focus on her difficulty with breathing. Her SUD level for difficulty breathing was 8.

The reminder phrase was “this labored breathing.”

We used the 9 Gamut Procedure.

This brought her SUD level down to 6.

I asked MM to focus on her chest and lungs. Could she see anything in her lungs that might be interfering with taking a deep breath?

We continued to tap as MM described what she saw in her lungs that might be preventing her from taking a deep breath. She described different-sized masses in her lungs that looked like moss. This moss had spores falling away from the larger masses. It was these spores that she felt were causing the other aches and pains in her body.

I asked MM if she could give a more specific description of the moss, a detailed description that would allow me to find this moss in a forest if I had never seen it before. The moss was dark black and brown, slimy in places, disgusting-looking with uneven edges. There were large and small patches of it throughout her lungs.

We continued to tap, specifically using her words to describe this moss in her lungs:

The next step while continuing to tap was for MM to visualize holding her hands together in front of her. If her body knew it was safe at this time to release this moss, the moss could move from her lungs to be collected in her hands.

MM felt that it was safe to remove the moss from her lungs and started visualizing the moss collecting in her hands. She had expected it to be quite heavy but was surprised to find it was not heavy at all. We continued tapping and collecting all the moss.

In one of our previous sessions, MM’s husband who had passed away came forward as her invisible counselor. In this session, her husband came to her once again as her invisible counselor and handed her a magnet. This magnet was used to collect all the spores lost from the larger masses of moss that were migrating throughout her body. MM used the magnet to collect the last of the spores, piling them into her hands with all the other moss.

We continued tapping as MM dumped all this moss into a container of her choice, a steel garbage can. MM sealed the garbage can with cement so not one spore would ever be able to escape.

At this point MM’s SUD score was a 1.

Lastly we tapped while visualizing her newly clear lungs and on MM’s ability to take a deep breath, feeling calm and refreshed. I included some figure eights at this point, as MM finds these to be quite relaxing and I wanted to reinforce the clear lungs and breathing deeply.

MM’s SUD level was still at a 1. She felt she could breathe completely freely but said she was being cautious. She said she would have a SUD score of 0 if she was still able to breathe freely in an hour.

In addition to being able to take a deep breath, the chronic aching she was feeling at the beginning of the session was, for the most part, gone. She felt a slight ache in her foot, which she attributed to something else.

If there had been more time, I could have continued to tap with MM on the statement: Even though I don’t think this is going to last…

This may have taken her SUD score from a 1 to a 0.

MM left this session, once again in awe, this time at how she could breathe so deeply and freely.