EFT with Homeopathy Reduces Pain and Swelling in Elbow 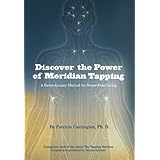 Dr. Sandra Camacho, a chiropractor and homeopath from San Francisco, combines homeopathy with EFT for her clients. The benefit shows much more quickly than expected with homeopathy alone in this story that she shares about a client and EFT.

I am a chiropractor and homeopath in private practice in San Francisco. EFT has become an invaluable part of my healing tool kit.

Alex D. came to me for treatment of a painfully swollen left elbow, red, hot, about 30% larger in size due to swelling. Alex had already been to his MD the day before who had diagnosed the swelling as an infection and prescribed antibiotics. Alex was holding his arm in a partially flexed manner as he was unable to extend his arm fully due to swelling. The tip of the olecranon process (elbow bone) was exquisitely painful and sensitive to touch. Alex's whole elbow area felt hot and stinging. Pain was described at a level of 8 on a scale of 0 to 10 on partial extension of arm (about 80% of full range of motion (ROM) and on palpation of the tip of the elbow.

I gave Alex 3 pellets of the homeopathic medicine apis mellifica in the 200c potency—a relatively strong dose. Apis mellifica is made from the honeybee and is used to treat conditions characterized by localized painful hot swellings that are sensitive to touch, like a bee sting reaction. Using homeopathy alone, I would expect a condition such as this to take 24-72 hours to resolve. Of course, who wants to wait around when we have EFT to help heal the body, so we started doing some tapping.

Even though I have this extreme sensitivity at the tip of my elbow... (level went from 8 to 4 out of 10 stayed there)

We plateaued at 4 out of 10 with the body statements, so I knew we had to go deeper into the emotional sphere. I asked him what might be going on that could be a stress contributor in his life right now. He told me he was working on developing a reality TV show, but hadn't quite gotten it off the ground yet. He was going to have to get backing. Alex is an artistic type, so I got "sensitivity" as an issue.

Even though I have this fear that my sensitivity interferes with my power... (pain level went from 4 to 2.5 out of 10)

Even though I have this fear that I am too sensitive...

Part of our testing between rounds involved Alex's ability to move his arm, as it had been frozen by the swelling in a restricted position. Alex was now able to fully extend arm with very little pain (level now at 1-2 out of 10). What shocked both of us, however, was that the skin folds in and around the elbow had reappeared because the swelling had dramatically decreased.

I don't know exactly how much improvement was due to the apis, but swelling in an injured limb decreasing by 50% in about 45 minutes is pretty remarkable, even with a homeopathic remedy.

The next day Alex's mother called to thank me for treating her son. She had seen his arm and couldn't believe how fast he improved with the treatment we did. She wanted to make an appointment for treatment of a chronic cough she'd had for some time. But that will have to be another story.