Lifelong Hip Pain Gone after Tapping to Someone Telling My Story 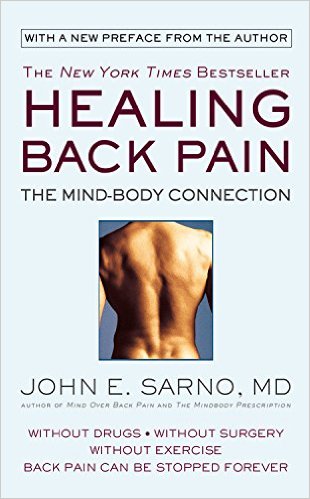 I am not an EFT Practitioner but have been using EFT personally and introducing others to it for approximately 15 years.

For most of my adult life, I had frequent pain in my right hip, which was manageable only with regular chiropractic adjustments, and of course EFT, which would help for a while, but the pain would eventually return. In August 2012, during a persistent bout of hip pain from which I couldn’t seem to get any relief, Peggy, a former classmate on the class reunion committee called several times to talk me into attending our 45th high school class reunion. I didn’t remember her from high school since our class numbered close to a thousand students and she and I ran in different circles, but I remembered her from elementary school. On this particular phone call, she yakked on and on about events and people I didn’t know, and I just sat and stared out of the window, halfway listening, but mostly waiting for an opportunity to end the call.

Then Peggy said, “I remember when you got hit by a pickup truck while crossing the street in front of our school.”

At this I perked up! “You remember that?”

“Yes, I saw the whole thing. I was walking right behind you,” said Peggy.

“And you remember everything?!”

“Yes, in vivid detail. It was awful.”

I have a very sketchy memory of being hit by a pickup truck while in first grade in the fall of 1955. I remembered stepping off the curb after the crossing guard, a sixth grader, said it was okay to cross. The next thing I remembered was lying on the sidewalk listening to comments from the gathered crowd, and insisting I wouldn’t go to the hospital unless my teacher, Mrs. Smith, went along. I didn’t remember the impact of being hit and thrown or how I got to the hospital. But I do remember lying on an operating table in the emergency room with a glaring light above me and hoping the huge needle being prepared wasn’t for me. That’s all I remember. Five things.

“Tell me what you saw because I remember very little about it,” I said to Peggy.

As Peggy talked, I listened and quietly tapped, moving through all the points as she gave details. Since she was a prolific chatterer, I had plenty of time to go several rounds. Afterward I was still unable to retain most of the new details she provided of my ordeal, I guess because I was concentrating on my own sentences that were more along the lines of letting go of the pain and releasing the emotional trauma that was stuck in my body from that event.

I was surprised when Peggy said, “You pushed Lucille out of the way and then the truck hit you.”

I saved someone’s life! In first grade, we were required to walk in a line holding hands with our walking partner. Apparently, I noticed the truck first and responded appropriately by shoving my walking partner to the side and then catching the brunt of the blow myself. That added a sentence of gratitude to my tapping round—gratitude for being able to react quickly and with consideration for others.

My hip pain totally disappeared! That tapping experience was nearly seven years ago and I haven’t had any pain at all in my right hip since then.

I always add a sentence to my tapping sequences that expresses gratitude and awe for our divine design.