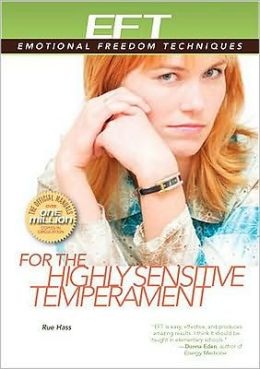 “Fatima,” 39-years-old, came to my office a to solve panic attacks due to claustrophobia. It was a serious problem, since she couldn’t enter shopping malls, take the subway, or get on airplanes.

On her first visit, we did several rounds of tapping, trying to focus on her fear of shopping centers, something that kept her from sharing time with her kids when they were in search of entertainment. Due to a lack of a specific event that would indicate the beginning of her claustrophobia, the EFT treatment was centered on the level of physical sensations produced by the mere idea of being inside a shopping center. An obvious aspect causing discomfort was the crowd of people.

After the first EFT tapping session, Fatima was able to go into shopping malls and share time with her kids.

On her second office visit, 9 months later, Fatima paid me an emergency visit. It was a Thursday and she had to leave the following Saturday for Portugal. An eight-hour trip on a plane was looming over her like a menace. Normally, she would take sedatives, but she wanted to try traveling fully conscious, as any normal person would do. She had previously undergone treatment with psychologists and they had given her medication for her panic attacks without any improvement.

At first, I told her we could try going to the subway to see how she reacted, but she totally refused.

We had an interesting session of EFT, where we worked with visualization, simulating the steps that included boarding the plane, the takeoff, and the actual trip. During the various stages of the visualization, different physical sensations and emotions popped up that on a SUD Level of Intensity scale of 0 – 10 with 10 being the worst, were reduced to a 0 with EFT. After an hour, we had mentally covered the whole trip. Then, since we couldn’t board a real plane while in my office, I suggested we try our luck at the subway after I finished my day’s work. She immediately accepted, just as firmly as she had refused to go at the beginning of her visit.

I went with Fatima to the Altamira subway station in Caracas. She looked pretty determined so, as a test, I tried creating some discomfort by pointing out the trip we were going to make.

“You must realize that we are going to use the escalator and, when we do, going down is inevitable. How do you feel about that?”

“We are going to go 30 meters underground. How do you feel about that?”

“The air is different down there. How does that make you feel?”

She consistently answered that she was fine.

Therefore, we entered the subway and stood on the platform. When the train arrived, Fatima started feeling panicky so we immediately did EFT using the phrase “this emotion.”

Even though I feel [this emotion], I deeply and completely accept myself.

I noticed that the feeling was real and it was obvious that there was no need to spend time looking for words, but just do tapping to restore her energy balance.

The train left without us, but Fatima was feeling fine and was the first to board the next train. We traveled several stations in one direction, got off and returned in the opposite direction without incident.

Fatima did it without taking any medication. She was able to eat during the flight, something she had never done before. In the 4 instances she had felt some discomfort, she immediately did some EFT.

EFT also helped her a lot in Portugal, since she had to go through many mountain tunnels. She told me that EFT was the tool that helped her deal with the phobia produced by those enclosed spaces.

Evidently, Fatima’s Claustrophobia has many aspects that have been eliminated to a large degree, but not totally. Nevertheless, there has been a notable improvement and it has had a radical impact on her quality of life.

Translated from the original Spanish by a member of the EFTU Insights Spanish translation team.