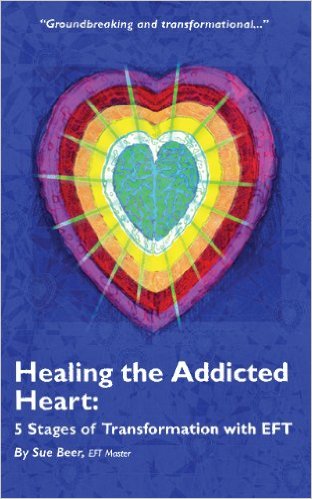 Reframing issues to present them to clients in a different light can often be the difference between a decent and an excellent session of EFT. Tania Prince shares her thoughts and insights on reframes, then walks us through a reframe with one of her clients.

Reframing is the art of conversationally helping people see their issues in a different way. How you see or think about the issues in your life has a direct effect on your health and well-being. It is a powerful and fast therapeutic tool in its own right. When combined with EFT, these two techniques work together beautifully creating fast results. It can also be a lot of fun to use reframes.

The reframe highlighted in this article is a very simple one. It is easy to learn and use. It is one that I have used extensively in my clinics for years and from which I have had excellent results.

This reframe deals with bringing the consequences of the client’s actions into the light. I have used a case of alcohol binge drinking to show how it works; however, it can also be easily applied to other similar issues.

Often when people think about doing things such as drinking, smoking etc they only see the pleasure in the act and not what happens as a consequence later on.

Thus a smoker thinks of smoking and sees themselves in some location, relaxing. Associated with this image is a pleasurable feeling. This is part of their motivational strategy for having the addictive behavior (Motivation strategies are the thought processes we go through in order to create the feelings that drive our behavior).

The consequences reframe can be extremely effective with this type of case.

At the beginning of the session the client had mentioned the effect alcohol binge drinking was having on her life and the fact that she wasn’t able to tolerate it as well as she previously could. She had spoken about being “drunk.” She had not mentioned having a hangover, however.

This reframe forms part of a much larger body of work. Prior to its use, we had worked in depth on some major traumas that had occurred in the client’s life. This part of the work took place after clearing those traumas.

I started this part of the session by accessing how the client motivated themselves to drink, the question I asked was:

“I want you to think whatever you want to think and try and make yourself want a drink”.

The client took a moment, then said okay.

“What did you think?”

“I thought of being in the garden.” She went on to elaborate on this point. “When I have done the housework and been shopping and been working all day, drinking is my reward.”

We set up the EFT as follows:

Karate Point: “So even though, I want a drink when I think of being in the garden, it’s my reward, I completely and totally accept how I feel.”

Karate Point: “So even though, a drink is my reward for working and cleaning all day, I completely and totally love and approve of myself.”

Karate Point: “So even though, I want a drink when I think of being in the garden, it’s my reward, I completely and totally accept me.”

Eyebrow: “I want a drink, when I think of being in the garden, it’s my reward”

Side of the eye:  “I want a drink, when I think of being in the garden; it’s my reward for working”

Under the eye: “Having a drink is my reward”

Under the nose: “Yes, a drink and hangover is my reward”

Chin: “Is that true about the hangover?”

“Yes,” the client replied. “Yep, having a drink and a hangover is my reward.”

Collarbone: “Yes, having a drink and a hangover is my reward for working all day”

As is often the case when using reframes, the client’s body language changed dramatically when the reframe was introduced. We stopped the tapping at this point.

Testing is important when doing therapy. To test in this case I asked the client:

“When you think about drinking as a reward, what happens?”

Her face screwed up and she said, “My mind just passes that time in the garden and I see myself with a hangover.”

This is typical for this reframe. Her original motivational strategy involved a singular image of her in the garden drinking, enjoying the experience, now she was seeing a movie that included the consequences of her drinking behaviour, the hangover. There was no longer a pleasurable feeling associated with the thought of drinking in the garden.

Crucial Points of this Reframe

The reframe is set up at the beginning by simply stating what the client’s issue is, as follows:

“So even though a drink is my reward for working and cleaning all day...”

This is pacing the client, accepting their world as they see it. When you do this, you build rapport. Achieving and maintaining rapport is an important part of therapy and an important factor in helping achieve results. At the beginning of the EFT Setup, I continued to pace the client. When you pace a person they are much more likely to accept the reframe.

When the consequence reframe is introduced, it is done so in a very simple way. There is no lecturing, no trying to push the issue, just adding the word “hangover” into the reminder phrase.

Asking “Is that true about the hangover?” minimizes the possibility that what I am saying may conflict with the client’s view of their world and helps maintain rapport. It also causes the client to think about having a hangover.

People who drink or smoke often attend therapy and talk about the effect the addictive substance has on their life. However, they still drink or smoke. The reason for this, at least in part, is that their motivation strategy for creating the behaviour focuses only on the pleasure and good feelings and not on the consequences of that behaviour. This reframe addresses that omission. Basically, it turns the still frame picture of pleasure into a movie that includes the after-effects.

Reframes are always best when they are not thought out beforehand but rather occur in the moment. Reframes can be a lot of fun. I hope you enjoy using reframes as much as I have.

Thank you to Chrissie and my husband for proofing this for me.