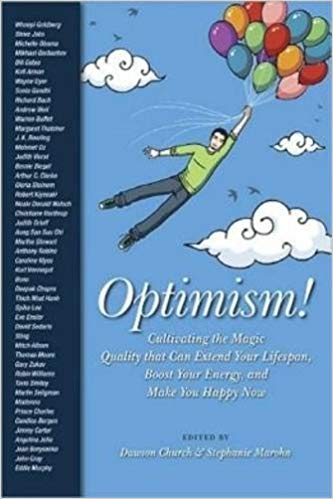 Many of my clients are focused on healing the past or are dealing with current pain and present-day issues. However, I have found that EFT can be used very effectively to alter the outcome of a future event, or at least release the emotional trauma associated with the anticipation of the future event.

In his wonderful book, The Biology of Belief, Dr. Bruce Lipton suggests that the mind does not know the difference between the actual event and the vividly imagined event. To me this implies that every time I remember an event or imagine a future event, I am living it emotionally and physically. This could mean that we have the biochemistry of fear or anger every time we remember or anticipate traumatic experiences, as if we were actually living them in the moment.

Three essential standards in EFT are often emphasized. One is testing our work, two is getting specific, and three is dealing with the physical aspects involved with the issues.  I agree completely with this emphasis and if I have missed writing about any of the three in any of my examples, I assure you that they were used in all cases.

Future pacing is a neuro-linguistic programming (NLP) concept, which practitioners use to address an event that may happen or is going to happen in the future. It involves previewing the future, in order to check our reactions to an event, or to program in a positive outcome.

I have been using future pacing for many years and it works even better when combined with EFT.

Most of us are already previewing the future on a daily basis, but in a negative way (that is, when we are not going over past events or trying to not think about them). Eckhart Tolle makes the point that the only powerful moment we have is the one we are in. However, instead of living in the present, many of us spend much of our time reliving the past or worrying about the future, which divides our attention and detracts from the power of our present moment.

Future pacing or future visioning, is one of the ways we can use the power of our minds to intentionally create the future we desire. When we are caught up in previewing negative futures instead of positive ones, future pacing can be effectively combined with EFT to help see new possibilities and gain greater levels of emotional freedom.

I have several examples to share with you. The first is a client Maria, who had a meeting to attend the Monday following our session. Maria typically had severe panic when attending these meetings and this was intensified when they were held in the boardroom. Maria also had anxiety and claustrophobia while driving in rush-hour traffic.

Maria lives in a rural area and drives into the heart of the city to attend the meetings. The first part of the drive was fine for her; country roads with very few cars gave way to line-ups and congestion and then bridges with bumper-to-bumper traffic. The bridges were a peak anxiety area, since there was no way out and she felt trapped. Once she was over the bridge, she could take alternate routes and she felt more in control.

I asked Maria to imagine a future trip in her mind. Note the difference here is that I asked her to imagine herself doing the trip in the future, not just to go over past events. I asked her to include all the problem things that could come up, including her intense panic at the entrance to the underground car park if there was a line up to get in. Every time Maria had an intensity of emotion we stopped and tapped on it.

We went through each problem part that could occur in the trip several times and then previewed the entire trip again and again until she felt that there was no anxiety and we decided that she was at a 0, down from 10 out of 10 in all the peak intensity moments. We also did this for any negative situations that she imagined might arise in the meeting.

We tapped for the claustrophobic panic she felt on the bridge as she felt trapped:

And when the physical symptoms were down to a 0 or 1 out of 10 we went on to tap for feeling the panic rising as she got closer to the office:

We then tapped on the fear of being stuck in the line up to get into the underground parking, which would often cause her to get out of the car and assist those in front of her to “do it right,” so she could get into the lot faster.

The last portion of the scenario was the actual meeting in the boardroom during which her claustrophobia raised the fear of missing something due to being distracted and uncomfortable.

Maria called me after the next meeting to let me know that she was panic free and that she had been able to get to and stay in the meeting even though it had been in the boardroom. Maria had been a victim of her own thinking, fueled by fear. By going through all her mental fears of the future and tapping on them, she had been set free.

Another client, Mike, had a family trip coming up, a Thanksgiving trip across country to spend time with his family. He was particularly concerned about the potential for upset between certain family members and also how he might react to those events.

As with Maria, I had Mike imagine these future events in his mind. We began with the trip to the airport, since getting there is half the fun, and he and his wife and daughter had to be at the airport by five in the morning. We tapped on all the negatives that he was expecting to happen and then we ran through the entire week away doing the same thing, imagining all the negative events that could possibly happen and tapping for the emotions linked to them until the intensity came down.

We did this until it flowed well for him when he thought about it, no matter what happened or who got upset. (Remember, this was all just as he imagined it could go, in his mind. What we were doing was deliberately bringing up all the upsetting things that could happen, and tapping for them.) We used the same technique for a family trip to Europe with very positive results as well.

A third case is a perfect example of the power of EFT and also shows how future pacing can be effectively combined with the usual EFT practice of treating current emotions and past specific events for superior results.

Diane called me because she was having so much anxiety about her scheduled flight to Europe that she was about to cancel it, and she really wanted to go. The first thing we did was tap for her current emotion, this panic, this fear.

I had Diane tap for her fear of flying in general as well as the upcoming flight:

Even though I am so afraid to fly I am ready to cancel my flight and my body is frozen, my stomach is tight and upset…

In a few minutes Diane felt calm enough to talk more and I asked if there were any “specific events” that might have something to do with her fear of flying. Diane had a great one; she had flown from San Juan to Toronto many years before on a flight that involved five hours of turbulence.

Diane recounted the flight and we tapped on all the emotional high points until she was able to tell me the whole story with a level of intensity of 0 out of 10. One of the most intense memories was that everyone on board was silent for the whole flight and that validated her fears even more.

Even though the San Juan flight was extremely uncomfortable and everyone was afraid, I survived and we landed safely…

The next step was to future pace the flight from Calgary, Alberta, to Frankfurt, Germany, which was the reason she had called. I had Diane describe the trip to me as she imagined it would be, beginning with leaving her house in the car with her husband driving.

I also asked her to tell me whenever the intensity rose and we tapped on that intensity until she felt calm. Diane was fine as she pictured herself in the air until I said “now you are over the Atlantic” and she felt a surge of panic as she saw herself looking out of the plane at water that seemed terrifyingly close and dangerous. The first round of tapping for the trans-Atlantic flight was:

When Diane told me of her fear of flying over the ocean we tapped on:  Even though the waves are close and menacing and I am afraid of crashing into them…

We tapped on her fear of the waves and the menacing closeness of them, and she immediately started to relax as she began to see the ocean far below and to feel that the water was safe and comforting. The tapping had settled down her negative emotions and shifted her mental perspective at the same time.

A few weeks later, I received a letter from Diane telling me that she had made the flight successfully and only had to use EFT twice on her trip, for about 30 seconds each time. She had also been on a local flight that encountered a thunder and lightning storm and she had not been afraid at all.

An interesting side effect of the session is that her fear of water had also diminished, even though we didn’t address it directly in the session. Diane told me that on a road trip weeks after the trip to Europe, she got out of the car and went to the edge of a viewpoint to see a waterfall. Whilst she had some anxiety looking down, she was also able to appreciate the beauty of the falling water for the first time that she could remember. This is yet another example of how EFT shifts emotions and perspective at the same time.

Emotional Freedom is to me a very powerful concept that involves making choices free from conditioned responses or belief systems or past experience. EFT is the most effective adaptable tool I have ever found to create that freedom in my life and in those I live and work with.

When the fear that prevents us being free is the result of a negative imagined future, tools like future pacing can be effectively combined with EFT to accelerate our progress towards freedom.