How to use Symptoms as Allies with EFT 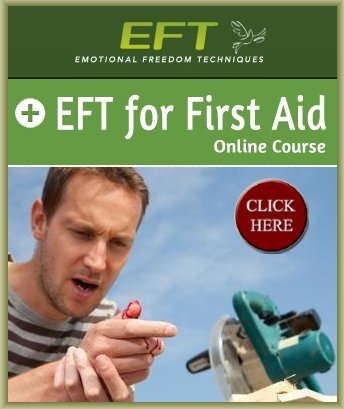 After many years of EFT practice, I am still often delighted by some sparking, new twist or nuance that gifts itself to the process. In this case, a symptom had a great deal to offer even after it had been tapped to a SUD Scale Intensity Level of 0.

The client had a “nauseous, boiling stomach” related to a negative emotion about a personal relationship.

"Even though I feel [name emotion], I deeply and completely accept myself."

After having both the negative emotion and the physical sensation drop to a SUD number of 0, I asked the client to try to revive the sensation. The client said she could not.

Instead of going on a search for the next topic, I was surprised to hear myself say, “Is there ANY OTHER WAY you could get that nauseous boil back?”

The client instantly came up with a different emotionally charged scenario that brought the stomach boil to a high number.  Both the new negative emotion and the stomach boiling again dropped to 0 with only one round of tapping.

"Even though I am feeling [name feeling] right now, I deeply and completely accept myself."

We quickly fell into a rhythm, repeating this pattern quite a few more times in rapid succession with different emotions drawn from each of the client’s emotionally laden scenarios.

Each time she couldn't bring back the nauseous boiling relative to the tapped-down emotion. Each time I asked her “Is there ANYTHING ELSE you could think about to bring it back?” she was able to access very promptly a different one of her “favorite complaints” and raise the sensation to a 9 or 10.

Every single time, both the negative emotion and the sensation dropped to 0 after a single tapping round.

She said, “Wow!” It was FAST. Using this pattern, each negative emotion took only a couple of minutes. It felt as if we had just accomplished hours of work in 15 or 20 minutes.