Tapping on What Your Child-Self Needed Shifts Past Trauma 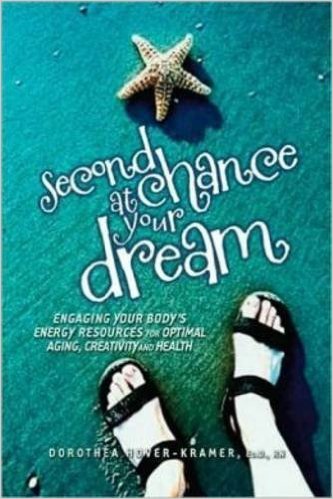 When I was first introduced to EFT, it was as a client. I had physically recovered from ME/CFS (chronic fatigue syndrome) but found I still had emotional issues that stemmed from childhood that, in my belief, contributed to me developing ME/CFS. I knew that as part of my journey to full health I needed to work through them.

When I started using EFT, I expected to uncover this huge traumatic event that would account for the issues I still had. No matter how many small events I tapped through, nothing major (in the way I expected it to) came up. I was able to work through many things, but on some foundational level I still felt the same. This led me to thinking what if it isn't just about what had happened, but also about what hadn't happened?

Working as a practitioner I recently had a similar experience with a number of clients. We had worked through the past events that had come up and they experienced change in their present life as a result. But unlike other clients, it didn't completely resolve the emotional difficulty they were experiencing.

This led me back to thinking, what if it's also about what hadn't happened? So we went back to the original events that had caused the issues they were currently experiencing and I asked them what their younger self at that time needed instead. One of my clients, who I will name "Joanne," has kindly given permission to use her experience in this context.

Joanne had always, as far as she could remember, lived in a state of fear that something bad was going to happen to her. She felt people were just waiting for her to get something wrong so that they would have an excuse to punish her. We had tapped on a number experiences from her past when she had done something wrong in the eyes of the other person and she had been punished severely for it. We were able to neutralize each event that came up and each time the fear would lessen for a while and then return.

One memory that kept coming up was of her sitting in the living room of a house she had lived in when she was around 3 years old. She could feel herself sitting there, being watched by Mum, with an intense fear and pressure that she must keep doing everything right. In fact, she couldn't concentrate on the toy she was playing with at the time, as she felt she had to brace herself for the punishment she was sure would happen. We tapped on the aspects:

Even though I can feel Mum staring at me, I deeply and completely love and accept myself and little Joanne.

Even though I feel frozen with fear, I’m okay…

But how she felt about the memory didn't change. So I asked her as we were tapping on the memory, what her little child self needed at that time to make it okay. She said she needed someone who was on her side who could explain to her why it was happening. Little Joanne needed to be reassured that she wasn't making her Mum angry, but her Mum was angry because of what she had experienced as a child (Joanne had found this out as an adult).

Although Joanne knew this as an adult, in this memory her child-self didn’t have this knowledge. She decided that her adult-self should be the person who supported her child-self in this memory and to imagine explaining it to her in a way she would understand. And she gave her child-self the love and support she needed—lots of hugs and reassuring words. While she was doing this, I continued to tap.

Once she had finished, we got her to be her child-self listening to her adult-self and to receive the love and support her adult-self was giving her. As she did this, her memory of the event changed. When she recalled it again, her child-self looked more confident and her body felt at ease because she now understood and she felt she had the support she needed. We tested it a few times and each time her child-self felt happy and supported and felt that she could protect herself in a different way.

In our next session, Joanne had felt a shift in her energy that she had not felt before. Although we still had work to do, Joanne did feel this was a turning point in releasing the fear she had felt.

I have used this technique a number of times since, in a unique way for each client, using the question “What did you need at the time?” Each of my clients has said it has helped them shift in a way they were unable to before. This answered my thought of whether we can use EFT to help us with what may have not happened and therefore missed out on as a child that may be still affecting us today.