I join all the wonderful people on the EFT Universe team in wishing you every blessing for 2013! There are many positive signs for humankind in general, and for the EFT community, in the year ahead. 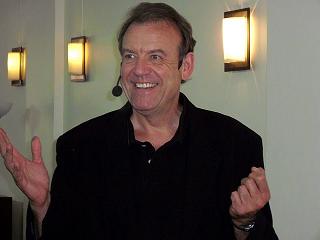 Dec 21, 2012, was a time of portentous significance for many, as the Mayan calendar ended. Yet Dec 22 was a day much like any other. I believe that what happens in the outer world has an enormous amount to do with what happens in the inner world. As we cultivate kindness, compassion, joy, and peace in our minds and hearts, it overflows to the world around us.

We cannot wait to see it "out there" before we believe it "in here." We must first believe it inside. The firm belief in a thing in the absence of evidence literally changes your brain. It wires up new synaptic connections. The work of Nobel-prize-winning researcher Eric Kandel showed that when a signal is passed repeatedly through a neural bundle, the number of synaptic connections can double in just one hour. Imagine you're thinking a thought every day, backed by strong emotion. You're then literally rewiring your brain around the perceptions that thought engenders.

If those are negative or pessimistic beliefs, you then predispose yourself to seeing the evidence of your thoughts manifesting in the outer world. However, if you deliberately cultivate positive thoughts, even in the absence of evidence, and reinforce these thoughts through strong emotion, you rewire your brain around that perceptual pathway. You are then much more likely to perceive positive events in the outside world. They correlate with the neural network you've already built inside your head. The opposite is also true. Repeatedly engage in negative thinking, and you'll find negativity manifesting all around you.

So what the Mayan calendar says about the world is much less important than your internal self-talk. What the news pundits say about the world is also often wrong. History is full of expert opinions being overtaken by beliefs. No-one in the Western foreign policy establishment foresaw the Iranian revolution of 1979. Or the fall of the Berlin Wall and the disintegration of the Soviet Union. Last year we were astonished as Myanmar made a completely unexpected transition to democracy. When a group of people changes their collective belief system, all projections can be swept away, even if those projections are an empire or a government.

I challenge you to fill your mind, in the coming year, with positivity, kindess, love, and joy, no matter what the world outside tells you, and especially no matter what your habitual self-talk tells you. If a story in your head is not contributing to your happiness, flush it immediately. You don't deserve it. You deserve a life in which your potential blossoms, and the place to start is with your thinking.

My wish for you is that the year ahead will bring you the rapid outward manifestation of every good thing you've cultivated in consciousness. Dawson Church.