Using EFT Tapping to Get to the Root of the Problem 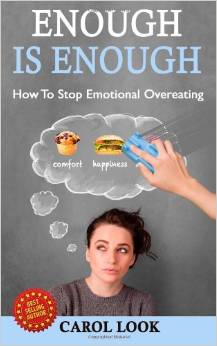 When we use EFT it is essential that we tap on the correct problem. This may seem obvious, but it is very easy to miss the major aspect of the problem, the one that is really driving the discomfort.

In its standard form, EFT requires a Setup Statement, where the problem is brought up and stated as accurately as possible, before the tapping begins. Finding the "correct" Setup Statement is essential. I feel that when EFT fails to solve the issue, by far the most likely reason is that we have chosen the wrong aspect of the problem or even the wrong problem.

Often the problem is "obvious," but in these cases we should be especially on our guard. If it is so obvious, why was it not identified and treated long ago? I will give two of my own cases to illustrate this, and how careful we must be.

The first case was a middle-aged woman who had a number of both physical and emotional problems, but they all appeared to relate to her being grossly overweight. The cause of her excess weight was obvious: she ate too much and exercised too little.

We worked on various aspects of her overeating and found these were related to incidents in her past and these were soon dealt with using EFT and her weight dropped a little. However, she eventually admitted to being "hooked" on Crunchie Bars (a chocolate bar available in UK).

Her craving for them was removed using EFT to the extent that the smell and very idea of them revolted her. The job appeared to be done and I left a month’s gap until her next appointment, expecting her to have lost a considerable amount of weight by then and to be ready for me to work on a few outstanding problems.

A month later she returned still overweight and still eating Crunchie Bars. She hated the smell and taste of the Crunchie Bars but was still eating four or five a day! We spent a long session exploring this aspect and I eventually discovered that many years ago the client had been in a “Weight Watchers’ Club” using a strict diet plan. Crunchie Bars were included in the diet as a reward if the dieter had complied with the diet and they had been associated in the client’s mind as a reward and she still felt happy and rewarded eating them, even though they tasted awful!

We could have tapped forever on the weight problem and the other problems that her gross overweight were causing and would likely have gotten little result, but as soon as the link between Chruchie Bars and the feeling of reward was tapped away, the weight and problems disappeared.

The second case involved a younger woman who had suffered from a physically abusive father and had suffered sexual abuse from an older brother. As a young adult, she was raped by a stranger. She had completely lost her confidence and would not venture out alone, and was even very tense when escorted outside.

Again the problems were obvious. The abuse by father and brother and the rape were all vivid individual events and all appeared to be legs under the tabletop that represented her problem. All were ideal problems for EFT and easily worked on by tapping on the specific events that she could vividly recall. The only difficulty was that she had very little emotion when recalling the events. She had had a lot of therapy and I put her lack of strong emotion regarding the events down to the partial success of earlier therapy.

It was difficult to raise her emotion regarding the events.  Being provocative and pushing her very hard could bring tears to her eyes, which could be easily tapped away. After a number of sessions, she could recall the various events clearly and without emotion, and she had forgiven the perpetrators. However, the fear of being outside alone remained huge and steadfast.

When discussing forgiveness, there was always some reluctance in forgiving herself. This is often a factor when women have suffered a sexual assault; there is often a feeling that the victims were in some way responsible, however illogical that may be.

We had almost a full session on this area and the truth surfaced. She had been beaten by her father and was beaten until she stopped crying (as her father thought any sign of emotion needed knocking out of her). Her elder brother had received the same treatment but had rebelled. His rebellion had caused the father to increase the beatings until the brother was seriously injured and left the home. This had taught her to take the beatings without emotion and not to resist. This proved a very successful strategy and she learnt to take the knocks without emotion or resistance.

In later life, when she was raped, the same policy sprung into play and she did not resist, nor did she show any emotion after the event. In view of this, her family and the authorities, while accepting her story that she had been raped, did not take the matter too seriously and the case was not pursued. Consequently, she thought of herself as a natural victim and hence was afraid to expose herself to any risk as she knew she was trained to accept any abuse without resistance or emotion. Not wishing to be abused, she simply did not go out without protection.

Now that we had found the real problem, I knew where to work. It was not an easy case, as I had to remove a lifelong tactic of submission and withheld emotion and show that the client could be safe outside and could assert herself. However, once the real problem was identified, the task was possible.

Now that I have demonstrated how the "obvious" aspect may not be the "real" aspect requiring work, I cannot stop without offering some help in avoiding this pitfall.

The first advice I can offer is observe and observe closely. The client will, often subconsciously, point out the problem area. In the first case above, there is an obvious inconsistency in that the client continued to crave something that revolted her. In the second case, the inconsistency was not so obvious, but there was a pointer in that the client’s forgiveness of herself was not fully implemented and the problem crept back.

A practitioner might move on from the obvious problem by asking the client, “What does it remind you of?” You will not stop tapping while the client thinks, as during the thinking the client will be turning over in their minds the true problem basis and needs to be tapped on as different things pop up. You should look closely at the client while they think—looking for that subconscious indication that they have realized what the real problem is.

Another useful tactic, when the Setup Statement and Reminder Phrase are not hitting home is to drop them altogether for a round or two and just tap. The client often understands the real root of the problem, even if they do not realize it, and tapping without reminders will sometimes bring it out.

And the moral of this tale?   Watch your client and understand their tiniest reaction.