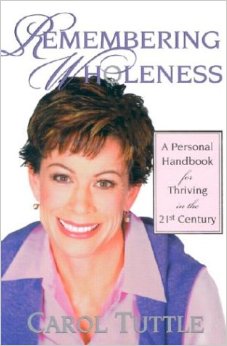 Dr. J. J. Lashbrook is a bright 28-year-old newly practicing chiropractor who has had severe lung congestion and asthmatic symptoms (including nearly constant nose-blowing, coughing to clear out his lungs, and pressure in his chest) for much of his life. He remembers feeling these symptoms at the age of 7 when he also started to have feelings of sadness and emotional problems at home.

J. J. is a sweet and energetic man whose financial struggles to get through chiropractic school and then go out on his own have been extremely challenging. His emotions have focused on the lack of support from his parents; his mother was a young teenager when he was born, his father absent after drug-related legal problems and subsequent imprisonment.  J. J. had many fears of abandonment during his childhood.

During our first session, J. J. described the extreme stresses of opening his own business and financial and relationship problems. We used the physical symptoms, rather than the emotional ones, to rate his discomfort because he could relate to them so much easier. He rated the discomfort level of the congestion and pressure in his chest at a 10++ on a scale of 0 to 10.

Throughout the session, he recounted various painful childhood feelings and we would tap, the rating would go down and then return to 10 out of 10 once another incident was described (aspects, in EFT terms). We would then tap on each incident and the corresponding physical symptoms would reduce.

Here is an example of the wording during this first session:

Even though it is so sad for me to talk about these times and I feel pressure in my chest, I choose to allow myself these feelings and to accept them anyway.

Even though I have not permitted myself to feel this sadness all these years, I now accept that I have these feelings and I am safe as I express them.

Even though these feelings startle me and they shoot up to a 10 so quickly, I now realize that I have been stuffing them most of my life and it is now safe to release them in this setting.

I have such painful feelings that come up so quickly!

I experience these familiar physical symptoms when I let myself feel this sadness.

These terrible things happened to me and I was supposed to tough it out.

My job is to do what I have to do all of the time.

My suffering will pay off some day.

I know how to endure and I’ve done it well for a long time.

Maybe my physical symptoms showed up so I could get attention.

I wonder if I might be able to let go of this pain.

I would love to release these sad feelings and know that they are okay to have.

I choose to release these feelings now that I know I can accept them.

I accept my feelings and my life as it is right now.

It feels good to know that I am moving forward.

I love receiving the guidance the universe offers me.

I enjoy the fact that I have tools that will help me feel better.

After a few rounds of similar-sounding statements, the congestion reduced from 10 to 0 and J. J. continued to breathe easily for the remainder of the session as we reviewed other issues in his childhood.

At our second session, he reported that he had tapped for the first week sometimes 30 times a day (in between patients) and he remained congestion-free. However, he reports that, as he has reduced his tapping, sometimes not even doing it daily, the congestion returns. Thus there is more emotional work to do and it is most dependent on his wanting to put the time and effort into this relief.

Because this is a long-standing medical problem, I have encouraged him to continue the tapping on his own as often as he is willing. While we can reduce the discomfort in the office as we remain very focused, his day-to-day triggers will come up that reignite his emotional and thus physical symptoms.