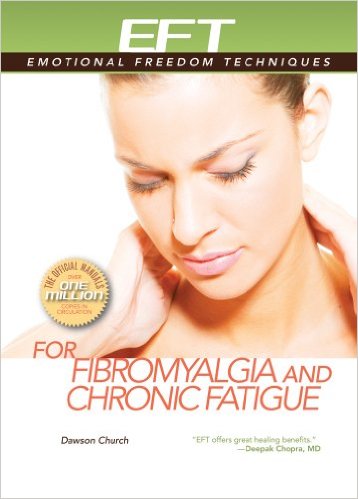 Here a newcomer to EFT used it with a Parkinson’s patient, with immediate results. However, the client does not follow through with further sessions. Another article, “Why Do People Resist EFT?” by EFT expert Patricia Carrington, PhD, provides insights as to why some people don’t persist in using EFT even when they’ve experienced initial success.

I have been a care worker in England for the past 2 years. I have started studying EFT and exploring its uses mostly on myself. I am still a relative beginner.

However, I recently tried EFT on an 83-year-old man who is totally paralyzed and unable to speak as a result of Parkinson’s disease. I had been hesitating suggesting that we try EFT, as I felt intimidated by the severity of his condition. After having explained the basic principles of EFT to him, I left it up to him to decide whether he wanted to try it. A few days later, he indicated that he wanted me to proceed.

I then felt quite overwhelmed as to where to begin. Should I start with his lack of speech or the loss of the use of his limbs or his inability to swallow easily, or something else? Eventually, I decided to focus on the grip of his right hand with a view to enabling him eventually to hold a pen to write. As an improvisation for the intensity barometer (the 0-to-10 Subjective Units of Distress or SUD scale), I decided to ask him to grip a glass for me, thereby, if EFT was effective, it would be patently obvious by the change in his ability to grip.

I had to do the tapping on him, as he was unable to do it himself. I used the Setup phrase “Although I cannot hold a glass…”

After two rounds of tapping, he was able to open his hand completely and grip the glass as well as raise it to about the height of his chin. He then placed the glass back on the table without faltering in the slightest. We were both completely astonished at this result.

We then proceeded with holding a pen. After another two rounds of tapping and several attempts at writing, he was able to write his name in perfectly formed characters. His wife confirmed that, for years, he had only been able to scribble lines.

We were all amazed and enormously encouraged.

The sad news, however, is that he lost the will or the motivation to persist in using EFT to see what else it could accomplish regarding his symptoms and condition. I understand that this development is known as “intention interruption” and is a phenomenon of Parkinson’s disease. Several days have now passed since our initial session and he has still not regained his willingness to resume where we left off.

As much as I may want to help him, it would seem that I have no alternative but to be ready for when the door opens again…