How to Enhance Sports Performance with EFT Tapping 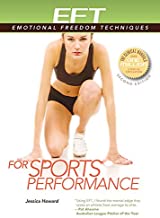 I recently worked with the entire Red Wing High School Girls Basketball team (in Minnesota), using EFT to improve team performance. I met with the team for a 2-hour session. At that time, their record was five games below the 500 mark.

Historically, the girls’ team has struggled, usually winning anywhere from three to five games in a year. We talked about the major problems with the team members and the coaching staff, and came up with the following “hit” list that needed to be chopped down:

• Poor use of the clock

• Easily intimidated by the other team

We put each of these in the familiar “Even though I am experiencing [name experience], I deeply and completely accept myself” format and proceeded to tap on each one. We did three or four rounds on each issue and then talked about other issues that surfaced. What I found by doing this is that individual issues started to surface for each of the players and we were then able to isolate those and tap them down on an individual basis.

I also found that the team really enjoyed doing the tapping “as a team.” A number of the players and the coaches noted a general sense of purpose, and a positive sense of team unity was a side effect of the group tapping.

Overall, the team improved 87% in free throw shooting percentage since tapping. Before tapping, they were making a dismal 40 out of 100 as a team. Since applying EFT, the team has played eight games and in those eight games they skyrocketed to a team average of 75 out of 100.

Shooting averages for the eight games previous to tapping was 37 out of 100. Shooting percentage in the last eight games since the EFT session is now 54 out of 100. That’s a 46% improvement.

Most telling, their record in the last eight games is 6 wins with only 2 losses. One of the losses was by 3 points to a team ranked in the top five in the state of Minnesota. Earlier in the year, they were blown out by over 30 points.

Both the coaching staff and the players attribute the improvement in their performance to the addition of EFT into their training procedures. I am convinced that EFT has a significant place in training individual athletes and teams so that they can maximize their physical abilities and play with greater stamina, speed, strength, and coordination.

I also had the opportunity to work with, Katie Auge, the captain of her high school gymnastics team in Red Wing, Minnesota (where I live). She has been struggling this year with a nagging ankle injury and has been receiving physical therapy on an ongoing basis. This has significantly affected her scoring all year as well as her overall confidence throughout the year.

Katie is a senior and her wish is to make the state gymnastics meet in the All Around Competition. Her dad called me to ask if I would work with her. I had worked with her the previous year (her junior year) on three occasions, and she really enjoyed EFT. She had never made the state tournament.

I met her for one session the day of the regional meet that was to decide whether or not she would go on to the state competition.

Even though I’m afraid of falling and hurting myself on the vault, I deeply and completely accept myself.

Even though I’m worried about my ankle holding up in the competition today, I deeply and completely accept myself.

Even though I have all this anxiety about performing well in front of friends and family, I deeply and completely accept myself. (The meet was held at her high school in Red Wing.)

Even though I have this fear of failure, I deeply and completely accept myself.

Even though I have fears about sticking the landing on the vault, I deeply and completely accept myself.

The session was 90 minutes long. We were able to get all the aforementioned targets down to 0 (on a 0-10 intensity scale). In addition, we worked on planting an effective choice statement that would empower Katie to do her best.

We decided on the following:

I choose to see myself performing in a graceful, relaxed, confident, and powerful manner in all my events today.

Katie was able to visualize this belief at a 9 level after tapping on this over a period of four rounds.

I received a call on Saturday morning from a very excited Katie and her father saying she “nailed” the vault, and qualified for her first state competition in the All Around Competition category.

Katie says that there is no doubt that the EFT was “the strategy” that put her over the top. In addition, she said that her ankle did not bother her at all during the meet and that her confidence was consistently high. She attributes this to the EFT work we did on the “day” of the regional meet.