EFT Tapping on Cravings and Resistance to Getting Healthy 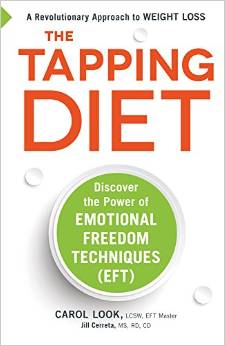 Angela Treat Lyon takes several approaches to weight loss. She works on her cravings and is able to overcome her chocolate craving. She then starts using acupuncture and traditional Chinese medicine, and uses EFT to help overcome her resentment and her resistance to the treatment.

I've been working with an acupuncturist who uses traditional Chinese medicinal herbs to help me drain the edema I have experienced since I was a young teenager.

For years I had simply thought, "I'm fat. I'm overweight."

I had tried every last thing on the planet to resolve this weight imbalance and was at my last wit's end.

I had dropped about 30 pounds already with what I had thought was better eating, and exercise.

I had done Rebecca Marina's EFT-oriented awesome, awesome chocolate/white sugar addiction removal - which worked like a dream the very first time, and I haven't even wanted chocolate since - and this is from someone who was practically weaned on chocolate. 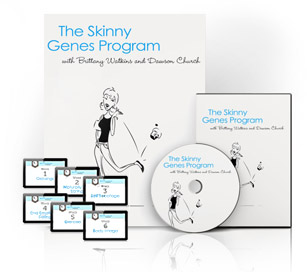 Still, I needed to drop another 20 before I felt like I was close to my "natural" weight - where I'd feel light, strong, and have energy without strain on my heart or muscles.

I'd been carrying around the extra weight for so long that I had to actually buy bigger shoes, and I had been wearing men's extra large shirts just to cover my large bottom. This all even after the great strides I had made since learning about EFT!

The acupuncturist told me that some of what I had been doing only exacerbated the problem. I was to avoid cold foods (no yogurt? No protein shakes!) because they made a damp condition that made my whole body swell up.

And she told me that my heart was weakened, and very tired. And that I needed to tone down my workouts so my heart rate was less. I like to work out hard. Feels good. I was bummed again. And scared - my heart is WEAK?

I did a mini-rebellion - I took the herbs she prescribed - but I ate the cold things anyway. And worked out just as hard.

And felt more tired, and more groggy, and more mentally inept and foggy. After a few days of this, I had to really ask myself, what am I doing? I'm paying to see her - yet I'm not doing what she recommends - what? Either s--- or get of the pot!

So I asked myself why I would rebel against someone to whom I had gone for help - like, "No, no, don't help me down the ladder when my house is burning!" - duh!

I tapped on all of that.

I looked deeper. Thinking my 40+ year problem was her fault was absurd to the extreme - she hadn't even been born when it started! I felt as if no matter what I did it was wrong; that I broke out or got sleepy or became anxious or had some kind of unpleasant symptom no matter what I ate; and I'd rather not eat than go through all this. I'd rather die than hassle all this. I wondered - was I reversed to LIVING?

I can't have any satisfaction? Whew! That hit deep. I looked at how I had made a career out of being creative and resourceful, and how I flew from one project to the next without giving myself room for congratulations or celebrating what I had just accomplished. Why on earth not?

So I tapped on:

I deeply and completely love and accept myself and everything I do or accomplish...and I choose to stop and congratulate myself and celebrate from now on, even if it's for only a moment, and I'll grow it more and more each time, because I deserve it.

I have been tapping on all those thing for four or five days.

Today I noticed a pronounced difference in my body. My pants are slipping off my hips - ! - and I feel not just slimmer, but more compact somehow. I can see it in the mirror, too.

I am now even more firmly convinced that it's not ONLY the food that goes in and out of our bodies, and it's not ONLY what kind of or how much exercise we get. We also need to manage the energy in our body-mind system.