Reducing Stress in Kids Is Easy with EFT Tapping 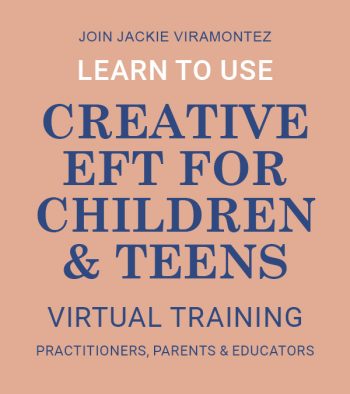 I first taught EFT with my son when he was 8-years-old during summer baseball league. He’d often have a stomachache and general malaise before his games even though he desperately wanted to play.

During the games he’d often become overheated and nauseous. Once he even threw up. I’d attributed the nausea to his heat sensitivity but the more it happened, the more it looked like anxiety. We began to use EFT before games towards the end of the season which greatly reduced the stomachache and nausea. Heat sensitivity seems to run in my family.

When basketball season came along, “Adam” (at that time, age 9) was again having a his anxiety symptoms before games. Again, we used EFT with good results, even better than during summer baseball season. I think that was both because we were more practiced at figuring out the words that worked the best for the treatments (Adam was more able to identify his feelings) and the heat was no longer a factor.

At the end of the 20 minutes he was like a different child. He was full of energy, excited, and free from stomachache and other anxiety symptoms. I can’t tell you how relieved I was, not only for that particular day but also that there was clearly hope for my child to have a less stressful life.

Adam was not happy about it, but made the adjustment for a couple of weeks. Then he started to wake up from bad dreams. We talked about them and treated for them but that wasn’t enough. He was still scared and couldn’t get back to sleep for hours sometimes.

Finally, my husband realized in talking with him that Adam was feeling insecure about the safety in this new house. He explained how this house was safe and that seemed to help a lot. However, he continued to wake in the night and be awake for a couple of hours. He wasn’t scared but he couldn’t go back to sleep and he couldn’t identify what to treat himself for. We even tried treating for something that he couldn’t identify but with no luck.

Afterwards we began to see that using EFT regularly before bed and treating the chronic issues each night meant that we all got a good night’s sleep. He can occasionally skip a night, but if he skips more that a couple of nights he wakes up again.

Things seemed fine for a long while, but about two weeks ago he began waking in the night on a regular basis again, not scared but unable to go back to sleep for hours. He was having headaches which kept him awake also. We suspect he may need glasses so we’ve made an eye exam appointment.