Awake Half the Night: EFT Tapping for Insomnia 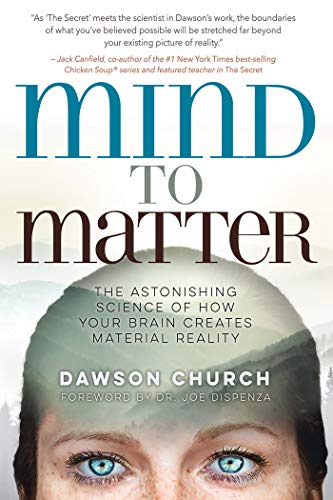 I believed that years of being awake half the night was just one of those getting-old things, inevitable and annoying. I tried various remedies from time to time but after a while stopped giving it much thought – it seemed the least of problems.

Last year, in his Energizing Recovery workshop, Peter Powis demonstrated using EFT on a person’s shoulder problem. Being interested, I watched a video of Dawson Church on tapping and read his book Mind to Matter (as was suggested).

I can’t remember exactly what I chose to tap on first – probably something about my mother. But when I went to bed that night, my head touched the pillow and the next thing I knew I was staring at the light of early morning. A bit amazed and maybe dazed, I thought, “How can it be light when it’s still the middle of the night?” It was indeed already morning.

Tapping changed my sleep patterns and also turned my sleep into a different kind of sleep, which is a curious thing. A few times, on awakening in the morning, I had intense sensations of having been somewhere loud and noisy. Another time I felt a sense of traveling far away, though I was deeply asleep. Vivid dreams of strange people drifted across my sight and I can still picture one of the people staring at me.

Now during the day, a problem will arise, which I tap on, and then another and another comes up (like a little voice prodding, or loudly yelling, even while I am busy with my work), so I tap on those. Sometimes I have fewer issues and sometimes it gets crowded (like right now I have to tap about going public with this inner stuff I’m writing here). I notice that if I am not in a good space, am stressed, or have a flashback, it’s much harder to even think of tapping.

It feels as though I might have been living in one section of myself, maybe a small space like a cupboard–this has been my normal everyday self. Fragments and other parts are left behind, vacant and abandoned. Previous therapies have helped in different ways. But now there is a distinct sense of moving around inside my body, which I have not experienced even though I am a keen jogger/walker.

Yesterday, I tried tapping and walking (with music on as well) and I could loudly verbalize (no one in earshot). Long-ago parts of me are being unearthed, shaken about, dusted off, and used. Dawson Church calls “working memory” that part that enables us to focus and sort out what’s relevant from irrelevant. But when emotions are not processed, he says, working memory goes offline and is not there for use. With working memory online, there is more energy flow to help handle stressful times.

With tapping, I feel different around people, though the unfamiliar uncomfortable parts are still there. I’m not sure whether it is easier or harder to dismiss and ignore them. My survival/fight parts are usually around and don’t want me to be too vulnerable; they might also want to run and hide. I relate to Pema Chödrön who says it starts with having compassion for those parts of ourselves that we feel are not worthy of existing on the planet.

I have the image of pebble and stone formations in a clear flowing stream. This is vastly different from the muddy waters where some things like ruminating: anxiety, waking often from a sparking and flickering (in my eyes), and a pounding heart as if I been running.

I learnt that tapping before sleep is important. Otherwise the deep sleep or coherent sleep may not happen. This means tapping often. The better sleep is, the more all the bad horrible feelings can be processed. Coherent sleep is where the energy to make change emanates from. Maybe that’s where it all happens; it might be that when we are doing nothing but sleeping (deeply), everything happens.