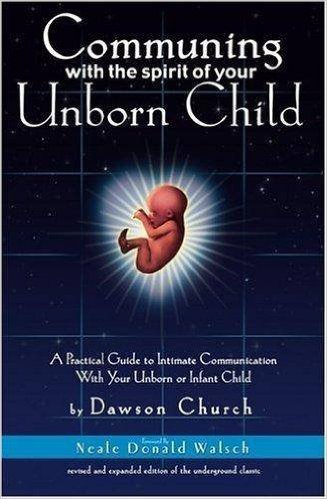 This story is one of the most wonderful cases that I have had using EFT.

I received a frantic email from my client Ana wanting to know if I could work her in right away. She said, “‘I’m pregnant again and I am bleeding. I’m afraid I’m losing the baby.”

I had worked with Ana by phone a few months earlier over her anxiety about getting pregnant. She did have two healthy children but had suffered three miscarriages and was worried that she would never be able to have another healthy pregnancy.

When I first read the frantic email, my heart sank. Having had two miscarriages myself I knew that once you start bleeding, it is very difficult to keep the baby. My first impulse was to tell her I could only help her with her anxiety over the miscarriage.

I remembered the work I had done with the live blood cells and I decided it was worth a try to stop the bleeding. I squeezed her in between already scheduled clients as soon as I could that day. I told her that we would try EFT for the bleeding, but there were no guarantees.

As the session began, I could sense that she had so much anxiety in her energy field that she needed to calm down before we could work on anything else.

I asked her, “Ana, what emotion is the strongest for you right now?”

Her answer surprised me. She said, “I am angry, so angry!” I asked her who she was angry at. She replied, “God. I’m so angry at God for making me go through this again.” So I told her, “Ana, I’m giving you permission to be really angry at God, we’re going to do EFT while expressing that anger.” Ana said it felt like a 10 plus!

So our first round went like this, “Even though I’m so mad at you, God, I love and accept myself. Why are you making me go through this again? I can’t take it anymore! I want to scream at you, God!” after two rounds of this, she felt much better and was down to a 2 on anger. She felt ready to proceed with the positive choice, so we did, “Even though I’m still a little mad at you, God, I choose to allow peace, and that feels so much better.” That took her down to 0 on the anger.

At this point, Ana started to tell me about the three miscarriages she had previously. (Perhaps she needed to explain why she had felt so much anger.)

I said, “Ana, if you need to talk about it, begin with the first miscarriage and tell me about it, and then the second, and the third, we will use the Tell the Story Technique.” I guided her in touching all the points as she told the stories. Ana felt even more relief, she was calmer and stated that she felt no more anger, just sad and hurt about the three previous miscarriages.

Since it was so obvious that the impending miscarriage was bringing up fresh pain over the “lost babies,” I felt guided to help her get in touch with the essence of those “lost babies”. I guided Ana in a round in EFT for “Even though I’m so sad and hurt for my lost babies, I love and accept myself.” Then we did another round for “I love you, my babies, and I wanted every one of you. I wanted to hold each one of you in my arms and I’m so sad I didn’t get to.” She and I were both in tears at this point yet felt such a sweetness as if the “lost babies” were really giving her comfort. Ana said she so felt much better, a sense of relief that she had acknowledged the babies she had lost.

At that point, I asked if she was ready to work on the physical symptoms.

We started with her breathing. She could only take a number 5 breath (on a scale of 1-10). She told me that she had congestion in her lungs from a cold and she was worried that if she took a deep breath she might start coughing and put stress on the uterus. I explained to her that the only way her baby could get oxygen and nutrients was through her blood. She knew this, of course, but when you are worried about losing your baby, you tend to lose your logic.

We did EFT for “Even though I’m worried I will cough and hurt my baby, I’m allowing the lining of my lungs to be soothed, and allowing all the little sacks to be filled with air, and that feels good.” Ana took a deep breath in and it was an 8 and it felt very smooth. She was quite astonished, as we had done EFT in a previous sessions but only for anxiety.

When we had her breathing all the way to 10, we proceeded to work on the bleeding. Ana’s concern was that if it was not a viable pregnancy, she wanted to go ahead and lose it and get it over with; she did not want to get her hopes up only to be devastated.

Another round of “Even though I’m still a little scared, I’m allowing my red blood cells to be filled with oxygen and nourish my baby. I’m asking all the organs and fluids in my body to assist in any way they can. I’m asking the cells of my womb to become strong and hold my baby tight.”

It was just glorious, you could feel the electricity in the air. Ana felt calm, peaceful, and strong. Ana called me the next day to tell me her bleeding had stopped completely!

She had checked her blood with the doctor and her hormone levels were excellent! It has been several weeks now and she has not bled one more drop. Her pregnancy is healthy and she is ecstatic!

Can I tell you for sure with scientific proof that EFT stopped the bleeding?

No, I cannot. However, I cannot, for the life of me, think of anything other than the EFT sessions that did this. I do believe that severe anxiety along with focusing on what is wrong with your body instead of what is right with your body can aggravate and worsen any condition. I also believe that the first miscarriage could have set up a “pattern” of energy that could easily be followed over and over.