EFT for Healing the Trauma of Bullying 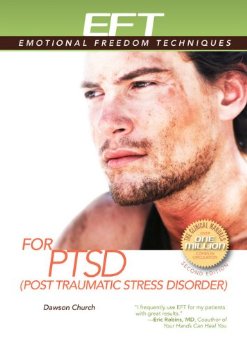 International Speaker and Complementary Medicine proponent, Glen Dunning, recounts how he used EFT to help a young boy release his anger at being bullied and begin to enjoy school again.

For the past two years, Kyle, a 7-year-old boy, had been living with a daily fear of going to school–ever since he started kindergarten. He would not tell his parents or school faculty exactly why he did not like school except that it was “too hard to be there.”

As an international speaker and coach who uses EFT, I was asked to make a home visit to see if EFT could help Kyle before the new school year began.

I met Kyle in his home living room. His mom introduced me and said that I was there to coach him through anything that was bothering him. The hope was that Kyle might want to work on whatever he felt emotionally upset about. His mom also informed him that anything we talked about would be kept private if he wanted it to stay that way. Then, his mom left the room.

We began by me explaining to Kyle what I do as a coach and speaker. I work with kids, usually, who have experienced something that upset them so much that they don’t want to talk about it, or they don’t feel safe revealing something that happened. I continued to explain that I understood the school yard code that no one wants to be a snitch around the playground activities, and that I completely understand these types of situations.

After the introduction, I asked Kyle if I could show him how to practice the basic steps of EFT.

He was open to it, and off we went into our first practice tapping round where I showed Kyle an EFT tapping diagram for children, which gave him a visual input of how to do the EFT basic recipe steps. While looking at the EFT tapping diagram, he was able to perform a full tapping round by himself within 5 minutes. Once he was able to follow along with the mechanical part of EFT, I asked him if he had any emotions he wanted to express.

Kyle immediately said, “Yes, I am angry about having to go to school.”

I gave Kyle the feedback that anger is a very common emotion for kids. I asked him what he might be angry at. He said he was angry that one of his classmates picks on him every day and has done this ever since the first day at kindergarten.

I asked him to follow my lead and repeat the words I speak that will be a part of the EFT setup statement. I started and let Kyle follow me with saying out loud, while tapping his karate chop point continuously.

Even though, I am so angry at being bullied by Nathan, I deeply and completely accept myself.

Then, I guided Kyle to tap on each of the points on the face and body, and to repeat the reminder part of the set up statement, which was,

I am so angry at being bullied by Nathan.

After the first round of tapping on all the points while repeating the statement, Kyle began to cry and say that it felt so good to talk about it. He went on tapping while telling me that he felt his body loosened up when he was tapping. This experience is the opposite to what he would experience when he thinks of Nathan normally, which is his muscles tightened up.

I instructed Kyle to keep tapping along with me and to just say what is on his mind around the issue of Nathan’s bullying him. At the Under the Eye point, he tapped along with me and said out loud, “I do not want anyone to know it bothered me that Nathan teased and picked on me almost everyday of school.”

We stopped tapping, and Kyle said it was a relief saying everything that has made him angry and sad about going to school with Nathan waiting to get him.

After several rounds of tapping, I asked him to guess between 0 to 10, and 10 being the highest level of anger, and 0 being no anger feelings at all. Kyle responded that he thought he was a 0. However, now he has a new issue: when he thinks about Nathan, he feels afraid and does not want to get Nathan in trouble for the fear of getting even worse treatment from Nathan.

I asked Kyle to explain what Nathan does to bully him.

He detailed how Nathan teases him and gives him the “evil eye staring when no one else is looking” a stare that feels like he will beat Kyle up if he tells.

I noticed that Kyle was trying to suck back the tone of emotional anger in his voice and his body started to get really tight again.  I pointed this out to him and he said, “Yes, I learned how to get really tight muscles to deal with the anger.” Kyle explained that, “I feel helpless and don’t know how to fight back and intimidate him like he does to me.”

We went through another round of EFT tapping, and this time, Kyle’s body began to relax as he tapped and repeated the statement, “I am so angry that Nathan picks on me.”

30 minutes had gone by and we had performed 5 EFT tapping rounds. Kyle said he felt a lot better than when we started. I asked him if I could share with his mom what had happened or not. He said okay and asked if we could stop for now. I thanked Kyle for his attention to learn EFT.

Kyle went off to tell his mom that he was done and felt much better.

Kyle’s mom thanked me and asked if I would return to continue to teach Kyle how to use EFT if needed. The next day I received a call from Kyle’s mom asking me to return twice a week for coaching Kyle because he felt it helped him feel less anxious at school. She also asked me how the coaching session went. I shared with her the main issue Kyle said he wanted her to know, and she was in total shock to learn of the bully at school. She realized that she might have never have known if not for my EFT session with him.

I proceeded to coach Kyle twice a week for a month. By the second week, Kyle said that he was no longer angry at what the bully Nathan had done to him. Kyle ended up using EFT every day and by the end of the month wanted to go to school with a completely new-found confidence and attitude.

Three months later, Kyle’s mom asked me to do a check-in with Kyle to see how he was doing. I tested to see if there was any type of negative emotion still present around the issue of Nathan. I asked him if he was still angry about being bullied in the past. He looked so surprised when I asked him and started laughing at the question. This response showed me that the EFT tapping we had done had produced long lasting results.

Since then, I have heard from Kyle’s mom several times how well he is doing in school.