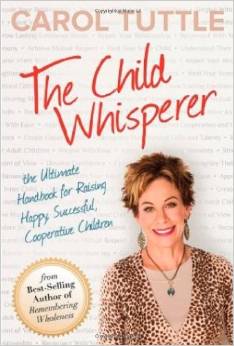 Sandy Kumskov, holistic counselor and neuro-linguistic programming practitioner, uses EFT to relieve the restless sleep of an infant girl (it improved the sleep of her tired parents, too!).

I recently worked with a little girl who was a really restless sleeper. Mom and baby had agreed to see me, encouraged by grandma whom I’d recently helped eliminate shingles pain. Mom was not convinced that “that tapping thing” would really help but she was desperately tired and willing to try anything.

At 18 months old, the baby had never slept for longer than two hours.

Her mom was exhausted and not coping with other issues in her life including, not surprisingly, great tension in her marriage and with stepchildren.

The baby had been checked out by a general practitioner and was pronounced very healthy.

Although the real issue was probably the mom’s constant high level of anxiety (always at an intensity of 5 with higher peaks, a lifelong pattern) being reflected by the baby, which Mom was not willing to deal with until she felt she had more energy, I agreed to tap on the baby.

Well, baby wasn’t having any of it. She intercepted my hand every time I approached her. She was sitting on her mom’s lap, so I had the mother try tapping–same result. So we switched to surrogate tapping, with the mom tapping for the baby. I’m working through EFT DVDs and had only seen reference to surrogate, so I was winging it.

Even though I never sleep for more than two hours at a time, I’m still a great kid.

Even though me not sleeping is wearing out my mum, I know my mum loves me.

At this point the baby started to doze off, “which she sometimes does, for about 20 minutes,” said the mom, who was still a bit skeptical.

Even though I only sometimes have short naps, I’m still a great kid.

Even though I only ever nap for 20 minutes, my mum loves me.

By now the baby was sleeping soundly, and we kept going. I asked the mom what sleeping pattern she’d like to get for the most rest for herself and what she thought would be optimal for baby. Baby never went to sleep before 10:30 at night and was awake at 5 a.m., with at least three half-hour wake-ups during the night. Mom wanted her in bed by 7p.m. and to wake up at 7 a.m., with a 1.5 to 2-hour nap in the middle of the day. This seemed reasonable to me.

So we tapped on everything, just as it occurred to me:

Even though I hardly ever nap during the day…

Even though I wake up often during the night…

Even though I’m hard to settle during the night…

Even though I wake up at 5 a.m. when Daddy gets up…

I now choose to go to sleep at 7 p.m. every night.

I now choose to sleep soundly all night.

I now choose to wake up at 7 a.m. every morning.

Grandma visited at that point (letting herself in so baby wasn’t disturbed) and was amazed to see baby asleep during the day, something she’d never seen. Baby slept on, and the session seemed at a natural end. I told the mom she might need to do some tapping around some of the issues we’d tapped for.

Mom carefully moved baby onto the couch and covered her with a rug, expecting baby to wake, but she slept on.

All, including hubby, are delighted. I hope it continues!