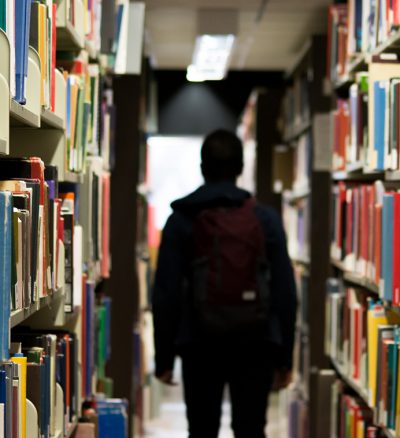 Natalie Hill writes us with this touching account of bringing a dyslexic boy back from the brink of accepting a negative fate by using EFT. Her article includes specific tapping statements and insight into aspects many dyslexic children deal with – helpful for anyone working or struggling with dyslexia!

Natalie Hill has evolved from using EFT with dyslexic kids to tapping with women entrepreneurs who want to take their business to the next level. You can find her at EFTTappingTechniques.com . If you ever get stuck, blocked or can’t finish stuff, the custom EFT script in Procrastination to Passion can help.

Mike was doing uncharacteristically well that day. He was focused, upbeat, determined to finish. And he was at my computer – on task – typing his history report on “The Amistad.”

Then suddenly, everything fell apart.

Let me back up and give you a little background before we get to Mike’s melt down.

Dyslexia was my specialty. I was a dyslexia teacher trainer and worked privately with kids who had trouble with reading and writing. At the same time, I was an EFT Success Coach with adults. I tied the two together from time to time, but usually not as much as Mike and I would that day.

When a child has a difficulty learning to read while other kids seem to learn it easily, most struggling students draw similar conclusions. These conclusions form limiting beliefs like:

There’s something wrong with me.

Other kids are better than me.

These painful and limiting beliefs are often reinforced by thoughtless or even caring language by students, teachers and parents, which make the beliefs seem more and more “true.”

I’d been working with “Mike” for three years at that point, and he’d graduated from coming to me for reading to coming to me for help with writing and completing challenging school projects.

On this day, Mike was finishing up his report on slavery in America, based on the movie The Amistad. It was due the next day, so he was especially focused and determined to get it done while in my office.

As he was typing, he suddenly remembered that he’d forgotten something at school. What he’d forgotten was a significant science assignment. It was a large poster that he’d made for the end-of-quarter project. To avoid drawing attention to it while he was in History, Mike left the poster propped outside the History classroom during class. But, after class, he forgot all about it and only remembered it hours later, school long ago out.

Mike called his sister’s cell phone to see if she was still at school and could retrieve it. He then called the school. No luck with either call. Mike was overcome with despair. He suddenly slumped down, unable to think about anything except his shame over the loss of the project he’d spent so long doing.

In this state, I knew there was zero chance of finishing his Amistad project in our 90 minutes together. I knew tapping was our only hope.

Mike was familiar with EFT, as we’d done it together many times during our years of working together. But in his current state of despair, he could not have thought of how to tap or what words to use. So I took control.

Sensing I was throwing him a lifeline, he looked up at me from his slump, with a flash of hope in his eyes.

“Just follow along with me,” I said as I got my hands in the Karate Chop tapping position and Mike did a limp imitation. No need to assess how bad Mike was feeling, his body posture alone indicated he was at a 10.

Now, a little aside before we get to tapping. Having worked with Mike for three years I’d come to realize that he had a deep core of shame around his belief that he was defective, stupid and inadequate (like many dyslexic students!). When this shame came up for him, Mike became listless, despondent and incapable of rational or resourceful thought. I recognized this familiar state now.

Tapping on the Karate Chop point, I said, “Even though I forgot my project and I feel so stupid and ashamed, I think maybe I’m an ok kid anyway.” Mike mumbled the repetition of my words. I allowed the mumbling, as he was clearly tuned in and on board with the tapping.

“Even though I spent all that time and I’m either going to get an F, or I’m going to have to do it again if I want to pass science, I might survive this.”

“Even though I’m such an idiot and I cannot forgive myself for leaving that poster outside the classroom, I know I did a good job on it and it would have got a good grade.”

Then we tapped through the points. It went something like this:

I’m such an idiot!
Why did I do that?
I can’t’ believe it.
I’m so ashamed of myself.
And scared.
My dad is going to be so mad.
I HAVE to turn that thing in.
I’m so stupid!
What a dumb thing to do.
And I did such a good job.
I spent so long on that poster.
I’m so mad at myself.
What an idiot I am.
I’m such an idiot.

I asked him to take a deep breath. He was already looking noticeably better, sitting up straighter, holding his head higher and looking me more directly in the eye.

“How are you doing?” I asked. “OK,” he shrugged. Still not willing to open up.

OK, I did it.
It’s done.
Yep, I’m ashamed of myself.
And a little scared of what my dad will say.
And mad at myself.
I still feel all that.
I wonder if there’s any way to look at this that could make me feel a little better?
I guess I do have a choice here.
I could just not turn it in and get an F. (Mike shook his head)
No, I’m not doing that.
I could do it again tonight. (Ugh, he slumped again)
Since I did the poster once I could do it again
And it might even be easier this time.
What if I could see myself as smart for doing such a great job on the science project?
What if I could remember how smart and creative I am in science?
I bet since I already did this poster once, I can do it again, even more quickly.
It will probably turn out even better this time.
With everything I learned doing it the first time.
My dad’s been mad before.
He gets over it quickly.

“Take a deep breath,”  I directed. “Now, help me think of some ways you’re a smart and talented and good person,” I suggested.

Me: You’re great at science.
Mike: I’m pretty good at science.
Mike: I’m a good cook.
Me: You’re an amazing cook. (Mike was smiling now.)
Mike: People laugh at my jokes.
Me: You’ve got a great sense of humor.
Mike: I’m good at math.
Me: You’re terrific at inventing things.
Mike: Yes, I’m a pretty good inventor.
Me: People like you.
Mike: They say I’m fun to be around.
Me: You’re a really nice person.
Mike: Maybe this will be ok.
Me: This will be ok.
Me: You can easily turn this situation around.
Mike: It’s actually not that big of a deal. I’ll do it again tonight and do an even better job.

During the whole course of the tapping, I watched Mike transform. He inched up straighter and taller, his facial expression softening, relaxing. His voice got louder and more sure-sounding.

I never asked him to assess his number – with kids it’s usually quite obvious. And the real proof? He turned immediately from the tapping and got back to work on his history paper, sitting up straight with his focus on the Amistad again.

I couldn’t help but mention to Mike, as he typed with his back to me, how effective EFT can be at getting us back on track when we get emotionally derailed. I know he believes me, he’d just lived the proof. But I’m not sure Mike will soon be thinking of doing tapping on his own.