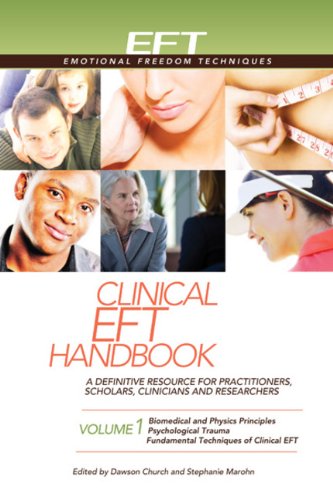 Here is a funny example of the instruction to “try EFT tapping for any situation.” Christina Elvin from the UK was stuck in traffic, had to pee, but there was no way she could get to a bathroom. She used EFT to “hold on” for an hour and a half. Talk about the power of EFT!

I was on my way to delivering an EFT presentation at a Healthy Living event. The event was only 110 miles away, a mere 2.5 hours drive, and all motorway/dual carriageway, so a very relaxed drive. At least, so I thought.

After about 90 miles, I realized I needed to have a pee.

As I pride myself on being able to “hold my own,” I felt I could hold on for the hotel easily, so didn’t stop at the next services (gas stations) coming up. After all, I was only 20 miles away from my hotel.

Little did I know that there were major roadworks approaching, an boy, were they major! Within five miles the traffic slowed up, within another mile it was at a standstill. We were moving at less than 10 miles per hour, stop-start-stop-start.

I was beginning to get desperate.

Normally, I can hold on for about 20 minutes comfortably. We’d covered eight miles in 45 minutes. No end in sight. Those blue porta-loos that the workmen used looked so inviting–dare I stop the car and use them? Nope–as the traffic was single lane, it wasn’t a good idea.

So I did EFT tapping on:

“Even though I desperately want to pee, I can hold on.”

“Even though I can’t control the traffic, I can control my bladder.”

Success! My thoughts moved away from the blue porta-loos; my thoughts were miles away. I was singing aloud to my Beatles’ tapes, window turned down, a lovely hot day outside, bright blue sky, wonderful; after all, I wasn’t in a hurry to get there, I had plenty of time.

Then a vehicle in front broke down down, probably overheated, slowed me down even more. Eventually, after another 30 minutes, the traffic speed quickened and we moved on. Three miles later it was my turn off the motorway and I had to find my way to the hotel, which was only three miles from the motorway. I made it–just in time.

I’d held on for 90 minutes in all. A normal 2.5-hour journey took me four hours. Thanks to EFT tapping, I managed to “hold my own.”