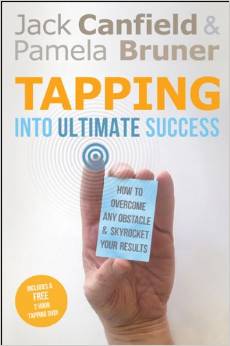 It’s fascinating to list your blocks and tap on them. See what tapping did for LCSW-C Crisis Intervention Specialist, Deborah Mitnick’s son who used EFT on his sales resistance and dramatically increased his sales!

My 23-year-old son, Jonathan gave me permission to share this EFT tapping success story. Jonathan works for a banking company as a Customer Service Representative. He’s the guy you talk to when you call about your credit card.

He takes about 120 calls during his shift and helps resolve issues for customers regarding late fees, interest rates, lost cards, credit limits, etc.

He finds the job to be fun and challenging … except…except he hates to sell! One of his responsibilities is to offer eligible customers the opportunity to accept a “balance transfer.” This means that the customer can transfer his balances from other credit cards to Jonathan’s company and get a very low interest rate for a six-month period.

On his own, he’d managed to “force” himself once to get up to about 6 a day, but he hated every minute of it. He felt stressed out. He had a headache. He hated selling.

Four days before the end of the month, when he realized that he was eligible for a monthly bonus in every other area of his work, but would not achieve that bonus because of his statistics in balance transfers, he asked me to help him.

So, I asked him to tell me what’s been his “hang up” in this area. (Right from my unconscious!).

He told me the following:

“No one wants to hear about it.”

“I think about asking when I’m on the phone with a customer, but I just don’t do it.”

“People are upset when they call about a late fee and they don’t want to hear about anything else.”

“I get rejected when I ask.”

“I wouldn’t want someone to do this to me if I were calling in about something else.”

“I’m pissed at this aspect of the job.”

“I don’t think it’s fair that I have to do this in order to meet incentive.”

We tapped for each of these “tail-enders.” Actually, some of these ended up in just long, complex sentences and re-frames. He loved the session and laughed a lot as we worked.

And then I decided to do some energy testing with him. I asked him how many balance transfers he thought he could accomplish now. (Remember, he’s never gotten more than six in a day and usually gets about two.)

I reminded him that having a goal does not always mean that we “get” exactly what we’ve pictured, but that our goals “move us in a direction.” He was very satisfied with that observation.

The next day, Jonathan achieved 37 balance transfers! Every day until the end of the month, he averaged about the same number!

He met incentives and received bonuses for his work.

He said, “What have you done to me? I’m blowing them away here! They [the bosses and his colleagues] can’t get over the change in me! This is amazing!”

Now he’s setting even bigger goals for himself thanks to addressing his fears through EFT tapping.