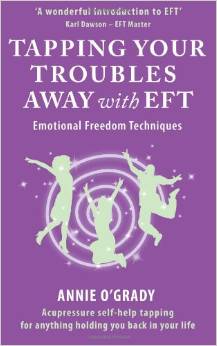 This story from Dave Abel suggests that vitiligo, a chronic skin condition causing loss of pigment and resulting in irregular pale patches of skin, can also have emotional causes. Psychological and emotional factors have been discussed by the medical community as contributing to one type of vitiligo referred to as a psychocutaneous disorder.

Steve is in his early 30s and married with two children. He is a successful businessman, achieving his goals and dreams. He came to see me after he was told by his doctor that the pigmentation in his skin could not be reversed. His body is lightly tanned and the vitiligo has left almost white marking around his eyes, ears, and hands. He also has vitiligo on other parts of his body, usually covered by clothing.

The vitiligo appeared suddenly, and without warning, in March 2001. The patches of affected skin became more pronounced as each month passed. He wears professional makeup to cover the patches on his face. When dining in a local restaurant with his family, the people on the next table commented, “I hope they wash the cutlery here–look at that guy’s hands.” As Steve relayed that comment to me, he was clearly reliving the emotion of that moment.

The preamble with him was abruptly interrupted and EFT commenced.

Even though I have vitiligo…

We continued tapping on the side of the hand point and I asked what his level of intensity was when he told me about the experience in the restaurant. He said, “It was the worst feeling ever. I felt embarrassed, hurt, and angry.”  We started tapping directly on the embarrassment and anger issues. The emotion of the restaurant moment collapsed very quickly to 2 on a scale of 0 to 10.

He told me he was left with a feeling of deep sadness that the incident had ever happened. His level of intensity increased to 8 out of 10 and he became flushed in the face. We tapped on this emotion, yet the intensity level remained quite high at 6/7 out of 10. I asked him when the last time he felt sadness like this was. We were still tapping when he became extremely emotional. He was about to share something that was obviously traumatic and he commented, “I had forgotten all about this. Where has it come from?”

We moved immediately into the Movie Technique. The name he chose for the movie was “Granddad.”

The final scene took the longest for the intensity of the emotion to collapse.

Below is the entire movie that, after EFT, Steve was able to “run the movie” from start to finish without showing any intensity of emotion.  He was then asked if he could verbalize the movie.

Scene 4 was extremely traumatic for Steve when he was viewing the scene earlier. He commented, “This level will NEVER decrease–I have got it for life.” It took EFT about 15 minutes to remove the intensity of that emotion. Steve then felt guilty that he no longer felt the immense sadness he had been carrying inside him for six years. We tapped on this and all was well.

Steve had never been able to share any of this with his wife, brother, sister, mother, or father. They all knew he had found his grandfather’s body, but they had never been told about the kiss of life and the foul smell that he has never been able to forget. Steve’s vitiligo appeared three months after this experience. This article is written one year after I worked with Steve.

Was the vitiligo connected with the traumatic event?

I believe it was. Researching vitiligo with Meta Medicine suggests the cause may be “a painful separation from a loved one.”  This appears to fit the bill.

Using EFT on a daily basis, it took approximately three months before Steve noticed the pigmentation was returning under his eyes. At first, he thought it was his imagination, but he came to see me and I confirmed that pigmentation was returning. One year later, I am unable to report the vitiligo has completely disappeared. In 12 months, there has been a 25% improvement (especially to his face). It is gradual and, without doubt, it is thanks to EFT.

Steve has never been offered medication for the condition. His hands have shown little sign of the return of the pigmentation. To be relieved of the painful memory, which he could not talk to his closest family about, is a wonderful release.