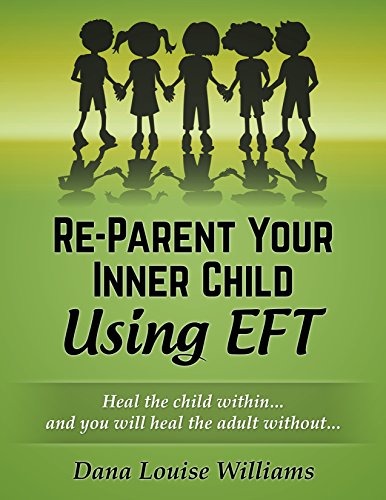 “John” is in his mid 70s and has suffered all his life from anxiety, severe digestive problems like bloating, gas pressing on his diaphragm, indigestion, and asthma attacks, and for many years now also eye problems.

The first thing I noticed about him was his low voice, almost inaudible over the phone. However, I felt lots of anger issues around him as he told me about his childhood. There were more issues we talked about but I’m going to focus for now on his digestive and eye problems only.

He told me, “I never had a voice! My very core was corroded away by criticism and dissatisfaction. I was never able to deal with the challenge of living; I was traumatized by the constant aggressive behavior of my father. He had no joy, he stole my joy, he was cynical and cold-hearted to me.”

John and his family had escaped from Eastern Europe when he was a baby. His gentle mom was not strong enough emotionally and physically to stand up to his dominating dad. John’s paternal grandmother took care of him early on and during most of his childhood. Every evening at dinnertime, his dad would start his tirades about life and the shortcomings of his family, ranting critically, destructively, with a poisonous attitude, attacking especially Little John.

John learned early on that he was not allowed to show his feelings or to speak up, instead he constantly cringed in pain while at the dinner table, wanting to get away, out of the company of his dad.

While John was telling me about his background, I had him tap all the time on his collarbone point. I usually ask all my clients to practice this Tell the Story Technique as they tell me about their problem, so as not to waste any precious time and to open their “database” at the same time. It worked nicely for John.

As he tuned in to old pictures and memories, we did a bioenergetic exercise of shouting the vowels a, i, e, o, and u with as long deep breaths as possible. The exercise releases strong emotions like anger and tension and relaxes the person instantly. In John’s case, it gave him back his voice, it freed him, which I felt was absolutely necessary to begin with. John really enjoyed doing the exercise and has practiced it ever since on his own daily. After doing some tapping on his anger, John reported that he had been able to eat without the usual reactions; his bloating was much less after the first session.

I asked him to think about the way his little baby John, his Inner Child, would talk about his experiences if he could have talked to him then. The results were amazing to say the least. I was honored to witness the reconnection and the joy that came with it.

From this point on, he had Baby John with him at all times, when we were on the phone together or as John did his own tapping. Baby John would calm him down when he’d get upset during the day, they both would tap together, and John’s eyestrain would disappear when it had flared up. Baby John made him laugh, made him cuddle him as he held him in his mind’s imagery. John reported feeling Baby John’s tiny body, the baby hugging him, holding him tight to his heart and feeling nothing but overwhelming joy.

Here is some of what we tapped on. Most of the time John imagined tapping on the baby:

Even though Baby John feels so alone…

Even though Baby John hates to be there…

John was asked to go sit by Baby John at the dinner table and pick him up. He told him what a joy it was for him to finally meet his Baby John, that he had come to hold him, protect him, and love him, no matter what. He listened as the baby told him he felt totally alone, nobody related to him, no warmth, never happy, felt like suffocating. Only when Grandma sang to him he felt good. He had no voice because he never had anything to say.

Baby John then told him he wanted to get out of there because “there is no joy in the room.” The baby said, “There is no love or nourishment for me. I can’t eat, I’m stuffed with anger and fear as I have to listen to Dad’s critical voice!”

John noted that he could not clearly see his dad; his eyes started to distort his dad’s face. He couldn’t look at him clearly, not wanting to see him clearly. He felt the overwhelming sadness of the child, and it reminded him of his own son who had died a few years ago. He comforted the baby until he relaxed. John had contacted Baby John between sessions daily and found the process quick, easy, and rewarding.

During our next session, Baby John talked for a long, long time while John tapped on him. The baby said, “Grandma is stuffing me when I don’t want to eat. I hate it and I feel trapped! I’ll show her, I’m going to throw up!” He did while John held him. The forced feeding was actually happening quite often, when the baby refused to eat. Grandma herself was a rejected person, she was filled with hatred and made him swallow the food he didn’t want. He was the only person in her life she could control, he was her victim.

“Grandma is filled with hatred and stuffs me with her self-hatred, self-content, and her own fear. Grandma stuffs me with her anger, her fear, her sadness, and her helplessness. She makes me swallow everything that I don’t want! I’m going to throw up!”

The baby talked about his Dad, “Dad stuffs me with his own self-hatred, he himself has no sense of love. His dad didn’t give him love, he has no knowledge about love!” Then the baby talked to Dad, weeping, John tapping on him, “Dad, you pig! I always was such a good boy, never said a word. I swallowed everything you did to us. All these negative emotions have been stuck inside of me for so long. I hate you. I hate you for what you did to us!”

At this point, Baby John suddenly said to Grandma while John tapped on him “Grandma, I forgive you for stuffing me. I know you loved me in your own way.”

By now John reported that his digestive symptoms and general health had improved very much. Daily, he had love-filled conversations with Baby John that made both of them very happy. He told me, “Baby John’s eyes are so full of light. He shined his light into mine.”

A while later I received an email from John in which he told me about a dream he had. “I was sitting in an exquisite cove … looking out through the mouth of the cave at an unbelievably sunny, blue and green ocean. I sat waiting to be found, a child … I was convinced that my father was lying next to me as I slept. In reality I felt cold and suddenly warm. I assumed my father had adjusted my covers, actually my wife did it. At times there were two fathers, both identical. As I was wakening, I expected to see my father and felt upset that he was gone. I have added ‘I love Daddy, I love Momma, and I love Grandma’ to my daily EFT routine.”

John talked about intense birth memories he experienced lately. He ended saying how grateful he feels that his family had emigrated to the States, as his home town in Eastern Europe later had become a center for the death trains that deported families like his own in the second world war. There was a new understanding for the hardships his family had endured and the different culture they had brought along.

Another example that it is never too late to be happy again!

Also, his digestive problems improved greatly after the first two or three sessions and stayed that way.

However, his eye problems need more work. During the time we worked together, he reported that whenever he became upset over something (dealing with critical people, working on his computer, dealing with financial turmoil), his eyes would hurt. Both he and Baby John then would tap together and the discomfort would always subside. That in itself was a great improvement.

Clearly more work to do some time soon.