Do You Want To End Destructive Family Patterns? Try EFT 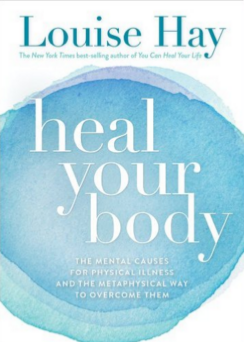 “Kathleen’s” 9-month-old baby, “Natalie,” fell off the bed and injured her hip while under the care of her grandmother, “Patty” (not their real names). I came into the story about a week after the incident when Kathleen asked me if I would do some EFT with her daughter.

Kathleen and the baby were on a rug on the floor of my office to give Natalie a chance to play and move around. Before this incident, Natalie was attempting to crawl and loved to walk with someone’s help. Now you could see that she was cautious, not trusting her ability to move and staying pretty much in one place.

– How the fall stopped her in her progress.

– That her hip would move back into place.

– Her being flexible again and healing quickly.

– It being safe to move forward.

– It is okay to learn to crawl and walk, to enjoy the process.

– To feel safe even while exploring the world and more.

Natalie watched her mother and I tap, with curiosity and what appeared to be a “knowing” look that we were doing this for her. After a few rounds of tapping, she started to move around more easily, wanting help to walk like before the fall.

At this point, I realized that it was not only Natalie’s hip that had been hurt, but that her left ankle was turned outward. Ankles in Louise Hay’s book, Heal Your Body represent inflexibility and guilt, as well as the ability to receive pleasure. The grandmother Patty instantly came to mind. Patty felt so guilty because her granddaughter fell off the bed while she was taking care of her. Patty said she only looked away for a momen, but this incident confirmed her belief that she can’t do anything right.

Now, if you watch the grandmother walk, it is her left hip that is the most inflexible. Natalie hurt her left hip.

In addition, Patty has difficulty asking for help and certainly doesn’t know how to receive. It occurred to me that the baby was being like her grandmother, who has hip and back problems.

– She doesn’t need to take on Grandma’s pains, beliefs, destructive patterns, and problems to show her she loves her.

– She could help her grandmother feel more flexible by being flexible and healthy.

– She is here to break the chain of being stiff and inflexible.

– She can ask for help and receive it.

– It is okay to receive.

Then we turned to the mother’s issues. Kathleen was discouraged because even though she has taken good care of her daughter, she has no control over what happens when her daughter is in the care of someone else. Even if the person has good intentions, things can happen. In addition, she’d been frustrated about being around her mother (Patty) full-time during this visit because of her mother’s intense negativity.

We included her mother in the surrogate EFT session to see if she’d be able to release her negativity, her beliefs that she isn’t good enough, and won’t get what she asks for anyway. In fact, what we did was clear Kathleen’s issues with her mother in order to clear Patty of her issues.

I asked Kathleen if she had to describe her mother as an image what would it look like. She said her mother is like a dark gray cloud since her mother is depressed most of the time. We tapped on a breeze coming in and clearing out the dark cloud, the negativity. The cloud got lighter but was still mottled. Then it cleared, but reappeared, just like the moods of her mother. We finally got the cloud to stay light. Then we brought in some colorful flowers since Granny loves flowers and color.

At this point Natalie was playing, attempting to crawl, moving around, and wanted to walk with the help of her mom. It looked like she had returned to her normal activities and movements. Kathleen was feeling calmer about her daughter and her mother. The test was to see how the mother behaved after the session.

The next day, I jokingly referred to the grandmother’s emotions and our analogy of her being a dark cloud, asking Kathleen, “How’s the weather?” Kathleen told me it was quite clear. There had been some bumps along the way, but Granny’s dark cloud had dissipated immensely and her attitude was much lighter. Natalie was back to trying to crawl and walk with joy. Kathleen was happy that her daughter was well and that her mother’s moods were much improved.

A week later, I met with the three of them for breakfast. Patty’s face looked bright and full of color. Normally, her skin is very pallid. She was cheery, not falling into her old negative diatribes as usual, only brief bouts of them. She even received a hug from me. A week plus later, Natalie began to crawl. This was a few days before her grandmother left for home.

It still amazes me how much children take on their parent’s and grandparent’s issues. In this case, a fall became an opportunity to clear the whole family of issues around not being able to receive, move forward, or enjoy the process of life. Anytime you are working with yourself or your child, check to see if there is a family pattern that can also be released.