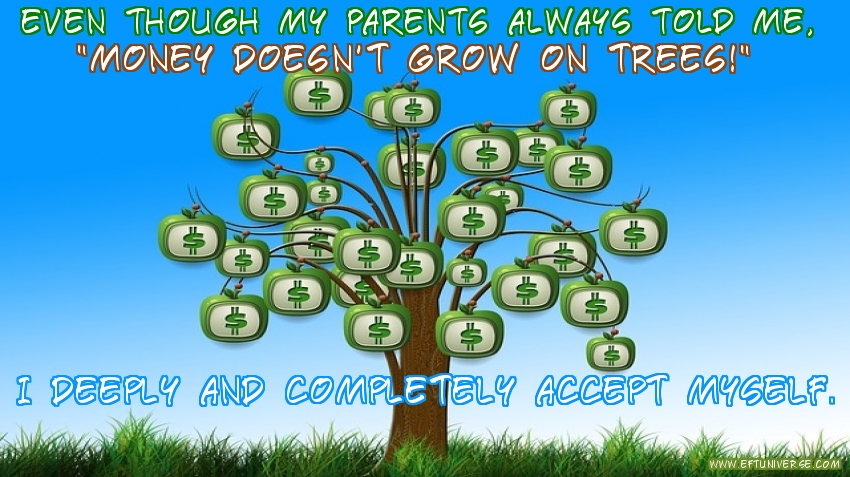 In this EFT tapping video, Dawson Church, PhD shares his tapping steps on how to use EFT to heal past money trauma.

Dawson begins the video by explaining what money trauma is and how your beliefs about money embed themselves deep in your mind, deep in your subconscious mind, and also in the neurological wiring in your brain creating unfavorable associations with money.

He then asks you to remember the first time in your young life when you felt about money the way you do now. Was there a specific event from childhood that stands out in your mind?

The tapping statement Dawson begins with:

“Even though [name the financial event] happened, I deeply and completely accept myself.”

Did you know that if you tap along doing EFT while watching the sessions of other people, your problems improve too! Several research studies have documented this phenomenon, called Borrowing Benefits.

We invite you to tap with Dawson on your money trauma and Borrow Benefits with the video.

On the video, instructions appear at the start of each session; you can skip through them once you’re used to the procedure.

One of the most profound discoveries in EFT in the early part of the twenty-first century was the phenomenon called “Borrowing Benefits.” It’s the discovery that simply watching someone else do EFT on their issues, while tapping along with them, can help you reducing the emotional intensity of your own issues. Borrowing Benefits was first noted by EFT practitioners.

They reported that, rather than feeling exhausted after a day working with clients, they were energized. Their own emotional problems seemed to have melted away, even though they weren’t working on the same issues as their clients.

1. Pick an issue you’d like to work on. Write down a brief name for the issue in 1 to 3 words.

You’ll usually find your number dropping substantially. If it doesn’t, then pick another specific incident in your life most identified with that feeling in your body, and repeat the process.