Have You Ever Used EFT Tapping for Healing from Betrayal? 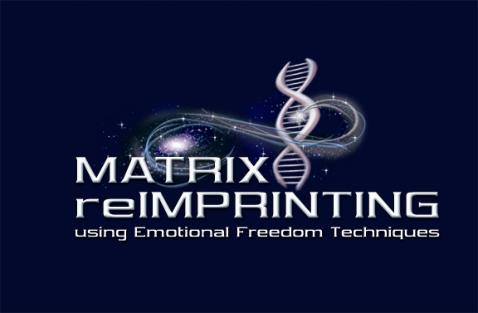 In this EFT session, “Gina” (not her real name) identified two events that had led to feelings of betrayal and a current issue of “inner paralysis.”

The first event was a camping trip in high school, during which Gina told her best friend that she liked a particular boy who was also on the camping trip.

The second event also occurred when Gina was in her teen years. Gina had been given a special service involving computer work to perform for her spiritual teacher. Another girl had been assigned to help Gina, but the girl told headquarters that Gina couldn’t do the work.

The special service was then taken from Gina and given to the girl.

“Even though I have this inner paralysis, I deeply and completely accept myself.”

“Not trusting myself enough,” and

Gina’s SUD rating on inner paralysis dropped to 3-4, and Gina said she was “feeling lifted above it by the tapping and my own self love, so the trauma is less. The remaining 3-4 feels like a ‘dense, dark blockage in my abdominal area.’”

We tapped a round on the “dense, dark blockage in my abdominal area,” and Gina reported she began to tear up and feel helpless, loneliness, and “I have to do everything alone.” Her SUD rating on this was 9. I asked her to think back to the first time she could remember feeling this way, and she said, “When my father left when I was 13.”

Gina said she felt abandoned by her father.

“Even though I trusted my father, he abandoned me,and I deeply and completely accept myself.”

Gina’s SUD level dropped to 5 on “helplessness, loneliness, betrayal.” I then asked if she remembered a scene from the day he left. She recounted the memory of the final scene of that day–SUD 8.

For this event, “The Day Dad Left,” I suggested we try Matrix Reimprinting for 13-year-old Gina, with whatever resources would be helpful for her. Gina enlisted the help of two friends: “L” because of her humor, “J” because of her sweetness and non-judging nature, and me as a witness. I asked Gina to run a silent movie of the scene and silently have each of the invited support friends tell young 13-year-old Gina what they wanted her to know for support.

Once this was done, I asked Gina if there was anything young 13-year-old Gina wanted to say. Gina reported that 13-year-old Gina said she is “happy to see current Gina, and she is feeling supported.” Current Gina then told young Gina that she would receive important information from Dad after he left that would lead her to her spiritual teacher when she was 18; she would receive spiritual training from this teacher when she was 19; and when she was 30, Dad would tell her he was proud of her for following what she felt was important.

So, even though he left the family home, he was still a spiritual force in her life. I asked Gina to invite 13-, 18-, 19- and 30-year-old Gina to come forward in time and integrate with current Gina, and we did a round of tapping on that.

I then asked Gina to revisit the movie, “The Day Dad Left.” She was able to run the whole movie without feeling emotional intensity, and said she felt “more whole.” I asked Gina to revisit her feelings of being “vulnerable” and “alone.” She said, “It’s 0 now. No emotions on it.” And she gave a big yawn.

We scheduled another session for the following week.

Session 2: EFT for Lack of Self-Trust and Health Concerns

In this session, Gina wanted to continue working on her lack of self-trust. She cited a past event in which she had been fired from a job, which resulted in feelings of “losing my voice, not seeing the signs, and being out of alignment with my values.”

Gina told me a recent biopsy had confirmed a mass on one of her glands, and the DNA marker did not confirm cancer. She said she believes in energy work, and her bodywork therapist had helped to uncover a “grief incident” related to being fired from a previous job, and feeling that the company’s management had used a younger employee to set Gina up to be fired.

“Even though I was losing my voice in that job and management was trying to get rid of me, I deeply and completely love and accept myself.”

“Management wanted to get rid of me“ and

Gina’s SUD level went from 8 to 5. Gina reported she was breathing easier and realized it was a feeling of frustration. We tapped a round on the “frustration,” and the SUD score dropped to 2. Gina reported the remaining 2 was about “not trusting myself, not seeing the signs. That prior company represents society’s values to measure yourself by, and it’s like a carry-on bag that you can’t fit into.”

I asked Gina what her VOC was on the statement “I am a strong woman and I know my own values.” It was a 5 and Gina’s tail-ender was “except when I don’t trust myself and give in to my fears.”

She reported a feeling of fear and stagnation holding her back, with a SUD level of 8. We tapped a round on “this fear and stagnation,” and Gina added, “this fear of trusting in the creative flow.” Gina’s SUD score dropped to 0, and she said, “It feels so good.” I asked her what her VOC was now on “I am a strong woman and I know my own values.” She reported it was at 8, and “the remaining 2 is about not feeling consistent, not being perfect, sabotaging my own strength.” After a round of tapping on these three new aspects, Gina’s SUD level dropped to 0, and her VOC increased to 10. She reported, “My breathing is full and clear, where before it was constricted. Feels good!”

Gina then wanted to tap about the mass on her gland. Before tapping, I reminded her that EFT is a technique to reduce stress, rather than to cure disease directly.

I asked Gina if the statement, “I don’t deserve to be healthy” felt true. She said, “Yes, and I feel cornered and lonely.”

She then recalled a memory from when she was 3 or 4-years-old, and her sisters’ friends had refused to play with her, calling her “chubby.” Gina remembered sitting on her mother’s lap and her mother trying to comfort her. I asked Gina what her SUD was on this memory, and she said, “I can’t feel it.”

I asked for her VOC on “I don’t deserve to be healthy,” and she reported a VOC of 4. We tapped a round on this memory, and how her 3-4-year-old self had been carrying these feelings and the conclusion about not deserving to be healthy all these years, that she could acknowledge them for the service of protection that they had provided to Gina’s 3-4-year-old self, and how Gina didn’t need that protection anymore; she could thank these feelings and this conclusion and let them go now.

After that round, Gina said, “It hurts to even think I would wish that on myself.” I asked her to measure her VOC now on “I do deserve to be healthy.” It was a 9.

However, Gina’s fear of doctors and a sense of powerlessness had surfaced–SUD 10. Gina said, “It’s related to the part of me that has doubts. The very reason I want to try EFT is to get in touch with my own healing.” She went on to say she is upset that she put herself in this situation where she has to rely on doctors, and she doesn’t trust them. “They are cold and clinical and their treatments are dehumanizing.”

“Even though I have this fear of doctors and powerlessness,I deeply and completely accept myself.”

“Fear of doctors” and

Gina’s SUD level on that dropped to 2, but she was no longer feeling the joy she had felt from the earlier tapping rounds about trusting her body to heal.

Gina went on to report she had had a diagnostic procedure that was painful for a condition that turned out not to be cancerous and that would have gone away on its own. Also, a very close family member had cancer and submitted to conventional chemo treatments, and even though it kept her alive longer, her quality of life was not good. In addition, another close relative had died recently of cancer, killed by the strong chemotherapy treatments. Gina said she does not want to go that route and prefers to “give holistic healing methods that are in alignment with my whole self a good college try first.”

“Even though my loved ones had chemotherapy, it’s my choice to not go that route,”

“I have evidence that route was not helpful. It doesn’t feel right to go that route.”

“I choose to try alternative methods first that are in alignment with my whole self. I choose to give these methods a good college try first.”

“The more I align myself with my true self the more I help my body to heal. My body is healing right now. Every cell is aligning with my true self, and any cells that are out of alignment are being released and flushed away.”

“The more I do to keep myself in alignment, the more quickly my body heals.”

After this round, Gina said, “Feels better and peaceful now. No conflict now. I’ll take that!”