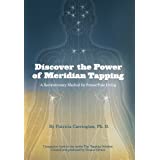 I’m often asked about using EFT for developmental and genetic conditions. My response is usually: “To the extent they’re influenced by stress, EFT can help by reducing those stress levels.” Here EFT Master Patricia Carrington gives an example.

“Anita” was born with only a partial 5th chromosome in her DNA chain and several other chromosomal abnormalities. This is a serious birth defect that results in severe intellectual and developmental disabilities. Today, at 10 years of age, she is the size of a 6-year-old and has microcephaly–that is, her head is tiny and malformed.

Anita has no speech other than grunts, but as an infant she emitted strange high-pitched sounds, which are characteristic of children with this condition and which have given rise to its medical name, “Cri du Chat,” because the child’s typical wail can be reminiscent of the cry of a cat. She is thought to have almost no capacity to learn or remember what is taught to her.

She has seemed, in effect, like a “wild child,” darting here and there with no apparent control.

At home, Anita has had to be confined to narrow quarters because if she ran through the house to her grandmother’s quarters downstairs, she would be, according to her mother, “like a bull in a china shop.” When my good friend Sandi Radomski (who is an expert at these energy procedures) first saw her, Anita had never been able to concentrate long enough to be read to and would not watch even the simplest of cartoons on TV. Her school considered her unreachable and simply played a custodial role with her.

Her “wildness” had been so extreme that Anita could not sit in a restaurant without her arms being held, lest her involuntary arm movements dump the water and food. In many respects, she was a nonfunctional child.

As fortune would have it, Anita’s parents brought her to Sandi. Sandi had no idea what she could do for a condition with such clear-cut physical origins, but, always ready to try energy psychology on any problem and on the assumption that this child might not be as hopeless as she seemed to be, Sandi began work with her.

When the little girl came to the office with her mother, Sandi gently tapped Anita’s EFT points and also certain acupoints along the spine which she uses regularly in her treatments. Anita, who ordinarily couldn’t stand to be touched, remained quiet while Sandi tapped and while she soothingly repeated (as she held vials of various possible allergy-causing substances against the child’s skin):

“Even though you may have bad reactions to these substances, you LIKE yourself.”

Sandi’s way of working with disturbed children is to remain tapping on each acupoint as long as the child will tolerate it–she just keeps going to let the child absorb the treatment. Her tendency, as the rounds continue, is to end up doing many rounds using a POSITIVE reminder phrase only. She will vary the wording according to her own intutive sense of what the child needs to hear at that point, saying such things as: “You’re a good girl…You love yourself…” as she taps each point.

After she had done a considerable amount of tapping on Anita, the child became increasingly quiet. Finally, when it came time for Sandi to take a case history from the mother, Anita, now seemingly peaceful, was led out to the waiting room to wait with her grandmother while the intake conference was conducted.

When they had concluded the parent interview, the mother said, “Now we’ll have to find her. She could have run anywhere.”

But when they walked out into the waiting room, they were startled by what they saw. Anita was sitting cuddled up to her grandmother, with her head on the woman’s shoulder, listening to her grandmother read one of the storybooks that had been placed in the room for children.

She was listening to a story for the first time in her life! Her grandmother had been reading her the same story over and over again because she had been afraid to move lest the spell be broken and the child start darting around again.

But this was not all that seemed to have changed. When the family left, Sandi and her own family decided to go to dinner at a local restaurant. No sooner had they entered the restaurant, however, when they saw that Anita’s family had stopped to eat there too and there they were sitting at a table.

The remarkable thing was that Anita was sitting quietly and eating with them and had no need to be held! This was another first.

The child’s mother had already been shown how to use EFT at home with Anita and advised to do this daily, and she did do so faithfully, not using any particular words with the treatment but just using the tapping sequence. At home, the mother found it necessary to have Anita lie on her back (which she did willingly and seemed to enjoy) and she allowed her mother to straddle her, in this way putting weight on her arms to keep them from automatically flailing and disturbing the tapping. Anita liked the process and became still when this was done with her.

At the next session, soon after she had entered the office, Anita came directly over to Sandi, reached out, and began tapping the “sore spot” on Sandi’s upper chest, then she tapped under one of Sandi’s eyes, and then on Sandi’s chin–her way of indicating that she wanted Sandi to do EFT with her. The striking thing was that this was a child who was not supposed to be able to learn and remember! She had not only remembered the EFT, but had used the correct sequence.

This time Sandi too had to sit astride Anita in order to keep her still enough to receive the tapping, but she did so in as gentle and reassuring a way as possible. Anita’s body often writhes in serpentine movements that reflect her very primitive neural organization; they are not completely humanoid movements and are medically caused by her birth defect. Sandi was able to use the tapping with her, however, and the child became quieter.

During this and subsequent sessions, Sandi addressed the issue of Anita’s inability to speak, using phrases such as:

“Even though it’s hard for you to talk, you choose to be able to talk.”

Even though you’re hyper, you choose to be calm and confident and learn to communicate.” (The family is preparing to buy her a computer designed for handicapped children who cannot talk.)

When she reached the stage of all-positive affirmations during the tapping, Sandi would say things like “You’ll be able to tell us whatever you want to tell us…” and when she said these good things (repeating the positive phrases), the little girl’s eyes fixed on Sandi’s face, rather than darting around haphazardly as was her usual way.

She looked directly into Sandi’s eyes, and as the latter continued to say the positive phrases to her and tap, the child’s eyes lit up, they seemed to sparkle–a strong contrast to the seeming deadness of the eyes when Sandi had first seen this little girl.

After the family left the second session, the mother continued daily use of EFT with Anita, and by the next session was able to report several unusual occurrences. Anita no longer needed to be “confined to her quarters” or escorted down to her grandmother’s. Now she could enjoy the run of the house without going wild and destroying things. She had also broken precedent by being able to sit in front of TV and watch cartoons–unheard of before.

After only five treatments (she comes once every 3 weeks because the family lives at a distance), her mother now reports that Anita has added two new sounds to her repertoire, the first new sounds she has made in many years.

One of these corresponds to the name of a toy she has been playing with, “Lee-lee,” and since she repeats it when holding the toy, this would seem to be a form of rudimentary speech. The other is also an appropriate word-like sound–she is now repeating the first syllable of her aunt’s name (twice) when approaching her aunt, much to the latter’s delight.

Did Anita incorporate the positive suggestions Sandi made to her about “choosing to talk”? We do not know, but this is certainly a possibility, and the development is clearly encouraging. Her mother also reports that Anita is now able to walk with her through the supermarket rather than needing to be confined to riding in the shopping cart–another first for this child.

Anita’s therapy continues, with her mother tapping on her every morning and every night. Just how far she can be helped toward a normal life is not known, but the revolutionary fact is that even with a congenital (inborn) case of severe intellectual and developmental disabilities based on a chromosomal defect and consequently with a very dim prognosis, daily EFT in conjunction with office treatment has brought about a gratifying improvement in the quality of life for this little girl and her family. It has, in fact, had an impact on her functioning in areas that previously had been given up as hopeless.

Her case brings to mind the highly effective use of EFT administered at home to preschool epileptic children in the study by Dr. Paul Swingle (2000). Many of these children also suffered from physiological defects, but when EFT was administered to them a number of times every day by their parents–whenever it was felt that a seizure might be imminent–there was a dramatic reduction in seizure frequency.

Something is going on at a profound level when EFT is regularly administered to such children. While the technique must continue to be used to maintain its benefits, and its use must be frequent and regular (both essential points to note), the same applies to many medications that must be continued, sometimes for life, so that a condition doesn’t resurface.