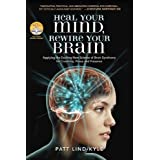 Sally Knight reports on how EFT helped a psychiatric patient in the hospital where she works.

I work in a psychiatric hospital in the UK as an aromatherapist and Reiki healer.

Gordon (not his real name) was admitted with severe paranoia relating to back pain (which was investigated but no apparent cause could be found). He had numerous sessions of ECT (electroconvulsive therapy), medication, and frequent aromatherapy sessions. As his stay in hospital continued, his physical appearance deteriorated. He believed he was unable to walk, even though he was walking, and his mood swung from constantly pleading for help to anger and long bouts of crying.

When Gordon attended one of his aromatherapy sessions, I suggested we try a new technique I had learned that might help him deal with his anger; his hands were cut and bleeding where he had been punching the wall. We started with the Full Basic Recipe, tapping on:

Even though I feel so angry I have to punch the wall, I am a good man (Gordon at this point could not say he deeply accepted himself). The Reminder Phrase we used was deeply angry.

Gordon then said it was his fault he was feeling the way he did and this frightened him.

Even though I am scared to accept who I am…

Even though I get angry if I accept who I am…

Even though I get confused with my feelings, I am doing the best that I can.

Even though I know I am doing this to myself, I accept who I am.

Even though I punch the wall, I accept who I am.

Even though this scares me, I am a good man.

Even though I think I can’t walk, I am doing the best I can.

Even though I get frustrated with how I feel, I am a good man.

Even though I am scared of my feelings, I am doing the best I can.

Even though I can’t help myself sometimes, I am a good man.

The third round continued with two hands tapping, wording the same, but this time Gordon was able to say that he deeply and completely accepted himself.

I purposely kept the session as simple as possible, as Gordon is in his 60s, is unable to read or write, and had no understanding of energy work. Two weeks later he was allowed home leave for a weekend. The following week, I met him on the ward and I hardly recognized him. He was dressed smartly with clothes he had brought from home and he told me he was being discharged that morning. In his hand was his house key, which he showed to me and his words were: “You don’t know what this means to me. I am a good man.”

Gordon had been in the hospital for two years and when he said “I am a good man” the day he left, I knew EFT had worked a miracle in one session.