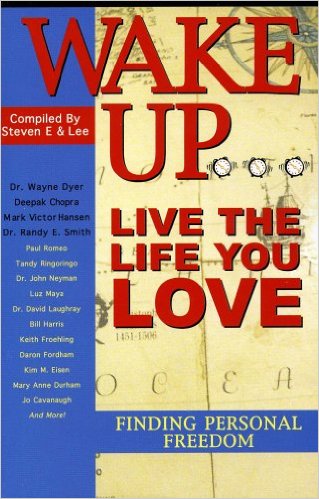 Kimberly gives a moving account of what she discovered after her acupuncturist used EFT on her migraine. It literally changed her life!

My first experience with EFT was truly life changing. As a bit of background, I was hit by a car about two years ago; I was a pedestrian, crossing the street, when a woman in an SUV made a left turn and hit me. Western medicine did not help, so I started acupuncture about five months later, which helped to control the pain. I have been going to acupuncture ever since, on a weekly or biweekly basis.

I had my regular acupuncture appointment set, and that same day I came down with a classic migraine. It started around noon, with the visual disturbances and hallucinations. I tried lying down in the dark, to no avail. I called my acupuncturist, and she had time open for me to come in a bit earlier than scheduled.

When I arrived, we decided to skip my regular treatment and just focus on getting rid of the migraine. On a scale of 0 to 10, the pain was at least an 8 (and getting stronger). She put several needles into me, which immediately dropped the pain to about a 5, and then left me there to rest with the needles in. She returned about 25 minutes later, but the pain had not dropped lower than a 5. She said she wanted to try a “tapping technique” on me–and that’s all she said about it. She tested a few of the tapping sites to make sure they wouldn’t be too painful, and then she started.

She took the needles out of my hand and then asked me if there was any sort of emotional issue tied to the headache.

Suddenly, it was as though my brain was screaming at me “I HATE MY JOB!!!” and it took me totally by surprise. I hadn’t even been thinking about that at all that day, and especially not prior to having the migraine. I kind of groaned and she asked what it was, so I told her. She then said that normally I would say the statement she was about to say, but since my head hurt she would say it for me.

She then proceeded through the Setup, tapping on the Karate Chop point and repeating “Even though you hate your job, you deeply and completely accept yourself.” (Please note: I now know the terminology, but at the time I had no idea what she was doing.) She then started the tapping sequence. She skipped the eyebrow point, since there was a needle there, but proceeded through tapping on the side of the eye, under the eye, under the nose, on the chin, on the collarbone, and under the arm. She then went through the 9 Gamut Procedure, during which I started laughing because it seemed so odd. Even though I’m very open-minded about alternative medicine, to me there seemed no way that humming “Happy Birthday” and counting could fix my migraine. She then ran through the same tapping points again, but in reverse order (working up my body). All the time during tapping, she kept repeating the Setup statement.

After going through the entire routine, she asked how my head felt. I told her, laughing, that I couldn’t believe it but the pain had diminished, to about a 4. So she ran through everything again, tapping away for my remaining headache and my remaining job issue. The pain dropped to a 3 so she did it again. When I got to a 1, she had to leave to check on her other patient, and left me lying on the table to rest.

The most amazing thing then happened. I truly had an epiphany on the table. Normally, when I’m at acupuncture, I get drowsy and sometimes fall asleep on the table. Not that day! For the first time ever, I wanted to pull the needles out myself and jump off the table. I was suddenly full of a ton of energy, and my mind was reeling with everything I wanted to do and was excited about. The last of the migraine had disappeared within a minute or two of her leaving, and I made a huge decision–”I am going to quit my job.”

For quite some time, I’ve been wanting to quit my job as an attorney and start my practice as a life coach. Fear has been lurking in the recesses of my mind, however, keeping me from making the leap. Even though we didn’t directly address the problem of the fear, tapping on my general job issue worked through it and I was suddenly not afraid anymore. I knew in my gut that I was making the right decision, and couldn’t wait to get started.

When my acupuncturist came back in, I told her what had happened. She was very excited, and started sharing with me what EFT was and all the progress she had made with herself and her other patients. As we were talking, I realized something else–I was actually happy. I hadn’t felt happy since the accident. I had been suffering from PTSD and depression, for which I had gone to biofeedback therapy and had “under control,” but it wasn’t gone. I was just dealing with it. Again, even though we hadn’t tapped for the depression, I think a lot of it was tied up with my job issues, and seemed to have cleared up.

She gave me a “cheat sheet” of the procedure, as well as the EFT website address, and I left to go back to work. My coworkers could not believe that the person who came in was the same person who had left. When I had left work for my appointment, I could barely move due to the pain. By the time I came back, I was bouncing around, ecstatic. I told them all about tapping, gave them a copy of the cheat sheet, and they were all excited about trying it.

I am now working through my various accident injuries and emotional issues, and am having success with using EFT on them. I have been working through the EFT videos. EFT has already proven to be an invaluable tool for me, and I think it will do amazing things for my coaching clients. I now have a plan and time line in place for making the transition from my current job to my true passion: helping others live the lives they were born to live.