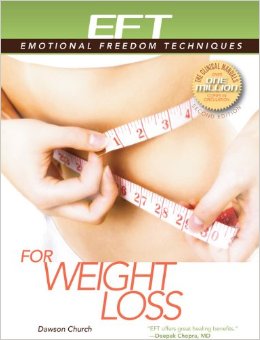 We teach EFT to practitioners of other disciplines so that they can use it as an extra tool in their therapeutic work box. During this particular EFT workshop, we used many demonstrations that called for members of the audience to act as volunteers. The first demonstration is very early in the workshop and we hope the demonstration is successful to set the tone for the rest of the workshop.

In order to help guarantee success we always demonstrate on a large number of volunteers – usually about 10 – to get the law of averages on our side. We ask for volunteers with obvious physical problems, as these are often easier to clear in the difficult conditions of a demonstration in front of a large audience. Mostly we clear headaches and backaches and similar problems and can usually expect over 80% success, which helps a lot at the start of an EFT workshop.

One of the volunteers at this workshop, we will call him “Sean”, was obviously in great pain and distress and told us he was suffering from gout in his right foot. His SUD Level of Intensity number for his current pain level was a 10 on a scale of 0 to 10 with 10 being extreme pain.

We started a group tapping session, with the volunteers at the front and the audience tapping along with them. Round by round the volunteers had their pains significantly reduced until we were left with Sean who was still reporting a SUD pain levels of 10 out of 10. I started a one-on-one session with him and used more varied and challenging EFT Set-up Statements of the form:

“Even though I have this terrible gout pain, and it won’t go away, and it is all my own fault anyway, I WILL be OK.”

His SUD levels remained stubbornly at 10 dropping to 9 (perhaps Sean was being kind in reaction to my efforts in front of an audience). Fortunately, the EFT workshop was a two-day one, so I was able to leave the matter to be dealt with the next day as an example of a “difficult” case. Sean was given homework for the evening, which consisted of persevering with the use of EFT simply to reduce the pain.

The next day, ominously, Sean was missing. Then, just as we were to start the EFT workshop, Sean came running through the door. The pain was gone and he had been able to run from the car park and up two flights of stairs to the lecture hall as he was late. He said he had something to report to the group and came dancing up to the platform where he performed an impromptu Irish jig (we were in Ireland!) and declared himself pain-free. Perseverance had triumphed again. An e-mail contact after a month confirmed that he had had no further problems and that the gout had cleared completely.

Had EFT cleared up tissue damage overnight? I doubt it.

Clearly the pain was gone, and possibly the uric acid crystals had been re-absorbed by the body, but it is hard to believe that any damaged tissue had been regenerated in such a short time. The point, however, was that the pain was gone, the client was happier and the problem was removed allowing the damaged tissue to repair itself in its own time but without Sean feeling any discomfort.