EFT Tapping Reveals a Link Between Emotions and Physical Pain 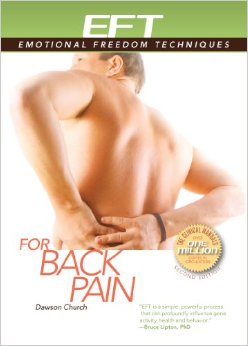 On the second morning of an EFT Level 1 Workshop where I was presenting, “Howard,” a physician attending the workshop, reported that he had a toothache. “I tried EFT on it last night and this morning, but the pain is still there,” he said.

I asked Howard how intense the pain was on a scale of 0 to 10 with 10 being extreme pain and he replied that it was an 8.

I asked if there was anything that might be contributing to it emotionally. He was certain there was no emotional component, that it was “just a toothache.” He was a doctor, after all, he should know!

It occurred to me to ask a metaphorical question. “Howard, what are you chewing on, emotionally?”

He said that he had been ruminating on the relationship between himself and his longtime partner in his medical practice. His partner had made some investments that had been very successful, and were pulling his attention away from his customary devotion to his patients.

I asked how the physician’s own investments were doing, and he said said, “I’ve lost most of my savings in the real estate bust.”

I asked him to think about his investment portfolio, and give me a SUD level. He was a 7. I asked, “How do you know it’s a 7?” and he said, “Because I feel like there’s a bowling ball stuck in my intestines.”

I asked him to think about the first time in his life he could remember that physical sensation of a bowling ball down there. He said, “I was 6-years-old. I was playing in the hallway of the apartment building where we lived, and a stranger appeared. He pulled down the zipper of his pants and exposed himself to me. I ran away and hid in the basement of the building.”

We did some tapping around the memory of the flasher, but his bowling ball SUD did not go down below a 4, so we used the Movie Technique to review each one of the “emotional crescendos” of the incident. They were all at a zero. I realized there must be additional aspects to the event that we had not yet addressed, so I asked him what happened right after the incident.

Howard recounted that after he left the basement, he went and told his mother what had happened. She said, “You’re always getting yourself into trouble.” He felt she was blaming him, and this led to a feeling that his misfortunes were always his fault, that he was never good enough. I tested his SUD around his mother’s response, and it was a 10. Suddenly he gasped and said, “I guess I am more angry at my mother for not protecting me than I am at the man!”

We tapped on that memory until his SUD level of intensity number it went down to zero, and because time was short, we tapped on a lot of general statements such as:

“My feelings don’t count. I don’t deserve to be protected.”

I sometimes use generalities when we need to “sneak away” from an incident due to a lack of time. I asked Howard to tell me about bowling ball in his gut, and he said that it had evaporated into dew. His SUD around his medical practice partner was also now a zero. So I asked what number his toothache was, and his eyes opened wide. “I can hardly feel it! Maybe a 1 or a 2.”

It was a good demonstration of the link between emotions and physical symptoms. There might be a real dental problem to take care of, which is the “1 or 2” remaining SUD. It’s then good to seek appropriate medical care. However, releasing the emotional issues along with getting competent medical help means that you address the problem from both ends, rather than medicating the emotional component of a symptom.