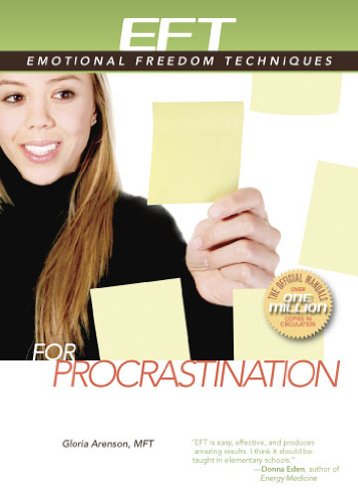 Aileen Nobles reveals how she used EFT to help a client move through his self-sabotaging behavior. In the process, he realized he had been using self-sabotage as a defense mechanism since childhood.

Edward was a very creative musician and an engineer by profession. He had always dreamed of making incredible healing music as part of his contribution to the world.

He also managed to self-sabotage and procrastinate to the degree that nothing really happened. He still had to earn his living doing a job that did not resonate with his heart and soul.

Edward was very spiritual and insightful and, after a lot of soul-searching, had come to the realization that he was afraid of finishing projects, as they kept him in a “safe” known place.

As long as everything remained the same, it was uncomfortably comfortable.

Therefore, he sabotaged opportunities that came his way that would have allowed him to move forward, and, he procrastinated. I think a lot of people can probably relate to that. It’s a pattern that so many struggle with.

I asked him to find a disconnected part of himself, and imagine where it was in relationship to his body. He found it to his left and in front.

The next question was:  When had he first noticed that he disassociated from his physical body. He remembered that he spent most of his childhood in that state, looking down on himself going through the motions of surviving a challenging childhood.

Instead of starting with the childhood, I was strongly being guided to start right here with the disassociated part.

“Even though I disconnected when I was very young, I would love to love and accept myself anyway.”

“Disconnecting was a very clever thing to do, and I did it well.”

“I have spent most of my life in a disconnected state, as it keeps me safe.”

“I didn’t have to feel the pain as intensely as if I had stayed in the body.”

“I have spent most of my life this way, and don’t know what it will be like to be in my physical body.”

We did about 10 minutes tapping around these words.

“It was a clever thing to do as a child, but now I don’t need to do it, in fact it gets in my way.

I had him watch himself from a safe place.

Edward tapped on his thymus as he did this exercise.

“I connect with and embrace all of my energy, creating this need to self-sabotage and procrastinate.”

“I connect with all my energy from my disassociated part watching me be immobilized out of fear, and I bring it back to me.”

“I now release all of the energy of the part of me watching me self-sabotage and procrastinate out of my aura, and I send it into the Light.”

“I now ask that disconnected part of me that is now of the Light to reconnect with me, to work with me, as we move into wholeness.”

We talked about what he was afraid of in his future, and tapped on being worthy of realizing his dreams.

We tapped on allowing  “Creator’s Energy” to be in the driver’s seat, and trusting the Divine Plan.

Edward felt an enormous shift happening during this time, but he still had tension in his solar plexus. In his mind’s eye, it was grey, the size of a football, and amorphous and gooey.

We tapped the fear in the solar plexus away, and then he ran a movie of imagining himself accomplishing all he needed to do–no resistance.

He felt lighter than he ever remembered.

Edward is now diligently working on his music, creating like never before. He is finally out of his own way and happier than ever before.