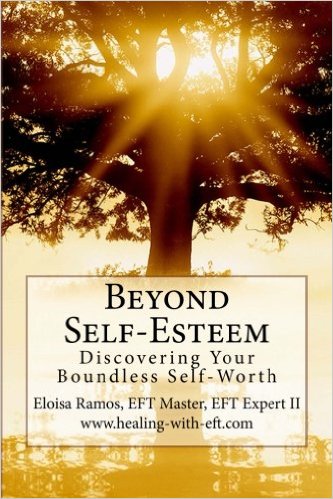 The case of Eduardo is about how to stop pleasing others and start listening to your own needs first. Self-worth attracts success!

Eduardo, 31, is married and has no children. He is the youngest of eight siblings and describes himself as the only one who lives to please his mother. He feels he has no chance to do otherwise.

He arrived at my practice in a deeply stressful state because he wanted to start a new business but was terrified to let his mother know about it. His current job paid well, but he felt no connection to it. He was afraid that changing to the entrepreneur-passion-adventure he was planning would really disappoint his mother. The thought of sharing the news with her made him freeze up and lose sleep.

Even though I feel so worried about letting my mom know that I am quitting my current job, I love and accept myself.

Then Eduardo reported that his body started feeling very heavy, mostly in his hands and lower legs and especially in his head. He was surprised at all these body sensations popping up.

We kept on taping:

Even though I feel this heaviness in my hands and lower legs and acutely in my head, I love and accept myself.

Once we started this process, he had a realization: his mother had been manipulating him all his life.

He remembered a childhood experience. His father had beaten his mom severely when he was only 7 years old and his mother had used him as a shield against his father´s violent attacks. After that she had always pretended to be vulnerable in front of him to have him do whatever she wanted. He still felt responsible for her state of being and security.

Eduardo had an amazing unfinished conversation with his diseased father and he got to pour out his anger, sadness, and resentment on him. Then when he switched places and got to be his father, he understood that his father was incapable of doing otherwise due to his alcoholism and life story. Eduardo realized that he wanted to be a better man than his father and that being his mother´s victim just turned him into another version of his father. Victimhood is a pattern that needed to be broken and changed forever if he was ever going to have children of his own.

We kept on tapping the whole time. Then while tapping and tapping, he felt scared of the heaviness in his body and we concentrated on that for some time. He realized that, ever since he was a little boy, he had felt the same each time he needed to move forward, because he still felt vulnerable due to his parents’ actions. That is why his legs got heavy: he was so afraid to move forward. His head didn’t want to think further and his hands were frozen to keep him from creating something new.

After we managed to lower the SUD level of his body sensations to 0, we again went over the childhood event and his fear of telling his mom about quitting his job. He was surprised that he was not feeling the same, and that the lightness in his body would now allow him to make and act on decisions that otherwise he wouldn´t have been able to.

He ended up ready to stop putting his mother before himself and to do as he wanted about his new business. At the end he said, “I might not even share it with her at all. I don´t know what I was thinking!”