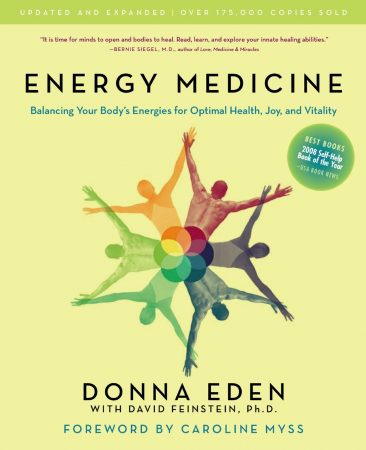 I want to share with all EFT practitioners a useful technique for deep work. I have been testing this technique with client after client with impressive results! I have used it repeatedly in my workshops and teleclasses along with the Borrowing Benefits technique with the same benefits. I call it the Volcano Technique.

Imagine that your emotions can become like a silent, simmering, volcano with all the feelings such as sadness, depression, grief, betrayal, pain, and victim-hood all just churning around together. Imagine that the bottom layer of this volcano is suppressed anger with deep roots of fear. When someone has a lot of emotional conflict, I almost always find that there is a layer of anger they are just too darn nice to let out. We have been taught by society that it is “not nice” to express your anger. People won’t like you if you express anger.

In my own practice, I had felt guided to bring all my depressed, frustrated, and sad clients to find something about the situation to get mad about. Then EFT would stick a pin in it and everything else would go away as well. It wasn’t until I went to see “Abraham,” a group of nonphysical teachers that I realized the depth of this idea.

The woman who brings these messages of Abraham, Esther Hicks, started talking about empowering and dis-empowering emotions. She stated that anger is the best “jumping-off” place there is. If you can bring a person from sadness to anger, you have actually brought them to a much higher place. Of course, EFT has the power to release anger and everything else shoots out with it. When you think about it, anger is a very empowering emotion. When you feel angry, you want to DO something! Kick a little butt, scream, and cuss, but you sure don’t feel like a victim! With EFT releasing anger, you heal yourself from a place of empowerment.

Sadness, grief, and depression are all disempowering emotions. Anger has the power to blow the cork of your emotional volcano and release the turmoil below. Following is a case study of the volcano technique in action.

My client, Mary Louise, came to me with issues of sadness and abandonment because her father was never there for her. Although Mary Louise was well into her 60s, she still carried this pain.

Rebecca: Mary Louise, I would like to try a little different approach with you. Are you willing to get in touch with your feelings of anger about your father leaving you?

Rebecca: Imagine that you are a little girl again and you’re tuning in to your feelings about your dad not being there. I give you permission to be angry, spiteful, and as vindictive as you like! No judgment here. If you could tell him anything you liked and you knew it would not hurt anyone, as we are only doing this for therapeutic purposes, what would you like to tell him?

Rebecca: Still imagining that you are a hurt, angry, little girl, and you could imagine that you could do anything to your dad physically, what would you do?

Mary Louise: I would like to just kick him right in the testicles for leaving me! That would feel really good!

Rebecca: On a scale of 1-10, about how angry do you feel with him right now?

Mary Louise: About an 8, there’s a lot of hurt mixed in with it.

Rebecca: Just follow me and repeat what I say. Begin with the sore chest spot.

Rebecca: (rubbing sore chest spot) “Even though I’m so mad at you, Dad, you left me, I’d like to kick you right in the shin, I love and accept myself.” [Mary Louise repeats 3 times]

SE: You had no right to leave me.

UE: I’d like to kick you right in the shin, you hurt me!

Rebecca: How did that feel?

Mary Louise: Really great! (Laughing a little) I’ve been wanting to tell him off for years! Even though he’s dead, it felt so good to get it off my chest.

Rebecca: Tuning into your anger on a scale of 1-10, what number would you give it now?

Rebecca: Do you feel ready to put in a positive choice now?

Rebecca: Instead of feeling so angry and hurt, how would you rather feel?

Mary Louise: I would rather feel compassionate and forgiving and put this all behind me.

Mary Louise and I did a round for “Even though my father left me, I choose to release that anger, forgive, and move forward with my life.”

At the end of two rounds of the positive choice, Mary Louise felt that her anger and hurt had dissipated completely. She was able to look forward to living the rest of her life free of this burden.

Using the power of anger to empty the hot lava flow of suppressed emotions leaves you free to fill yourself with joy and peace. Often after a round of really passionate verbiage, the whole thing becomes very humorous and everyone is laughing. I must warn you, though: Using this method may dissipate the anger so completely, you may never be able to pull it up again, no matter how hard you try.

So practitioners, give your clients permission to be angry. They may have been waiting their whole life for it.